Lucy, who is in year 11 at Sidmouth College, and eight teen teammates from Devon and Cornwall travelled to the Worcester University Arena for the national championships.

The team was selected by wheelchair basketball coach Aaron Blyth-Palk, of the Plymouth Raiders, and team manager, Rebecca Clifton, in recognition of the talent the South West has to offer.

Rebecca said: “Our junior players had been having to play for other regions because there was nothing here for them, we decided to change this and form our own team.

“We called ourselves the South West Warriors, and our young players proved that this was exactly what we were.”

Having not competed at such a high level before, the team journeyed to Worcester with no serious expectations given they would be competing against the very best in the sport from across the UK. 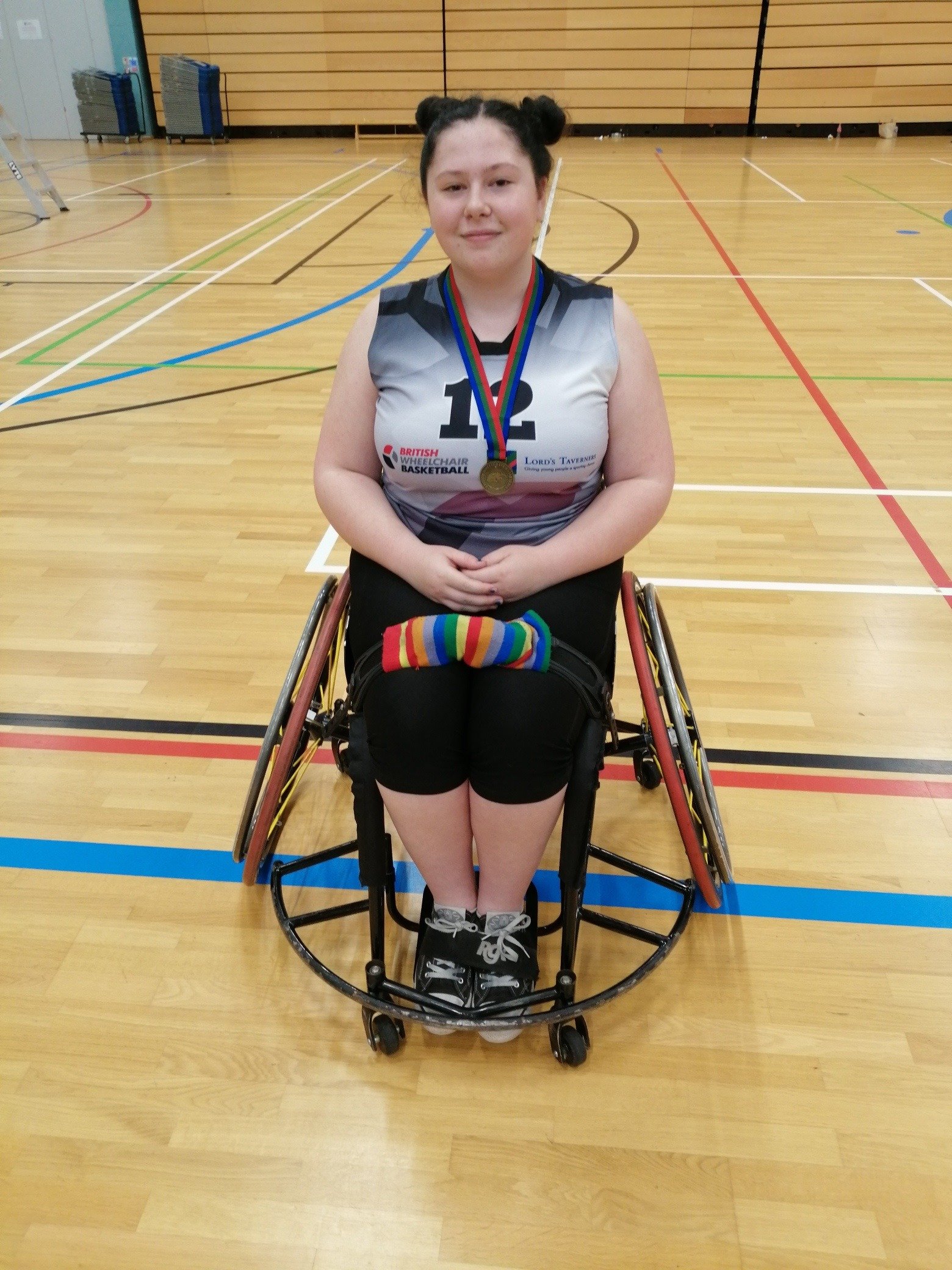 During the competition, the Warriors faced experienced teams from across England, Scotland, Wales and Northern Ireland.

After getting through the preliminary rounds of intense fast basketball on the first day of the competition, the team went on to win the quarter final and semi-final, realising their dream of competing in the final.

Rebecca said: “Having reached that stage we knew we would either come away with a silver or gold medal, which was an achievement we had thought, before the competition got underway, was beyond our reach!”

In the final, the Warriors faced Wales, who were roared on by a vociferous support.

The contest was a real ‘thriller’ and, in true sporting parlance, ‘went to the wire’ but, when the final whistle blew, it was the Warriors who were able to celebrate success.

Rebecca said: “An amazing championship with the Warriors proving their very high standard of play and that the underdog can and will win!

“If you are interested in playing or supporting wheelchair basketball there are several outstanding clubs in the South West; the Cornwall Cougars, the Exeter Otters, Yeovil Lynx and the Plymouth Raiders.

“All clubs have spare sports wheelchairs which you can borrow to play in.

“People with a range of disabilities are able to play to their strengths and develop their sporting talents as the South West Warriors proved on a national platform, to perfection.”