A proposed 19-room house of multiple occupation (HMO) in Exmouth was rejected after being likened to a ‘chicken coop’ that could become a ‘nightmare’ for neighbours.

Planning chiefs unanimously refused the bid  for St Saviours, in Morton Road, over fears it might see ‘a load of thugs cause havoc’.

Applicant Mr J Garrett had asked for a change of use from an 18-bed nursing home to an HMO with a maximum occupancy of 27 people.

Putting this many people in a building of this limited size…is not communal living; it’s chicken coops – Cllr Paul Hayward

Councillor David Key said: “You could get a load of thugs in there which could very well cause havoc and be an absolute nightmare.”

Cllr Paul Hayward added: “I’ve lived in an HMO like this and I would do as much as possible not to encourage them.

“The harm they cause is more than the benefit, and we as a council should be doing more to provide different types of affordable housing for people.

“Putting this many people in a building of this limited size – with three very small kitchens, no real living area – is not communal living; it’s chicken coops, effectively.”

Planning permission was granted in 2017 for the three-storey, mid-terrace building to become 10 apartments housing up to 35 residents.

The new plans for an HMO were met with concerns over harm to nearby businesses, tourism and parking problems.

She said an HMO nearby had previously caused ‘particular problems’ and that Morton Road suffered from ‘legendary’ parking issues.

Cllr Wragg added: “You cannot compare this to a residential home. To have 19 households within two buildings, I think, is unreasonable, it’s not fair on the future occupants of the buildings.

“This is a private entrepreneur who won’t be living there…[will]put people in there and move on and leave everybody else to live with it and some of the consequences.

“I don’t mean to stigmatise, but people who are in HMOs, some of them are very vulnerable and, we’ve seen it in Exmouth, some don’t always survive.” 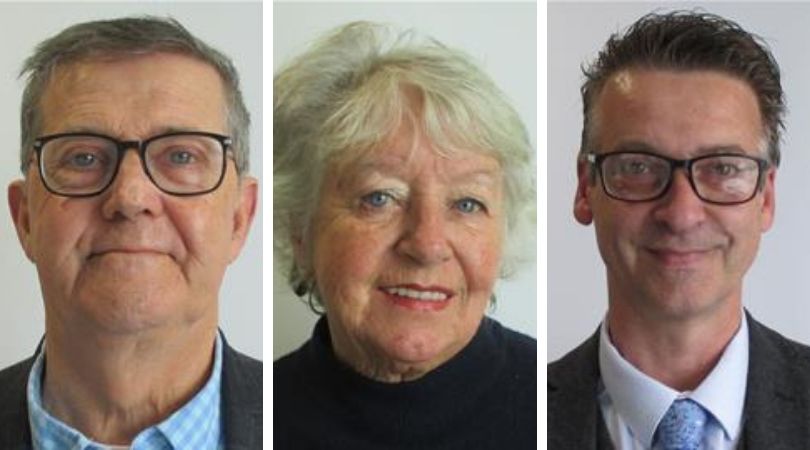 Cllr said Nick Hookway said: “I don’t believe an HMO is appropriate for this area.

“I find it quite surprising that a large building with so much accommodation, so close to the seafront and so close to the town, actually has to consider becoming an HMO.”

Joanne Knowles, who runs the nearby Dolphin Hotel, had told councillors: “Last year, a property nearby was used for multiple occupancy. There was excessive noise and a small group of men would gather outside.

“There was drug use and frequent comings and goings of all hours at night.

“Such activity intimidates hotel guests, damages businesses, and reduces attractiveness of the area.

She questioned how the HMO would be managed, adding: “Who will I call if there is a disturbance? We all know the police are overstretched.

“Neighbours are really concerned about this planning application. One is considering selling their property.”

In a statement read to the meeting, Tim Bakewell, who owns two properties in Morton Road, said: “I sense the majority of occupants would be low-income males.

“Antisocial activities are likely to increase such as noise at night and people coming and going at all hours.

“With the prevalence of drugs in society, drug and alcohol abuse is likely.

“Disputes and disturbances are inevitable.”

Speaking on behalf of the applicant, Malcolm Gigg said ‘affordable, low-cost housing in Exmouth is very high in demand’.

“Exmouth is in great need of one-bedroom accommodation and this development would meet some of that need of the town and district,” added Mr Gigg.

The application was unanimously refused.

Committee members ruled that ‘the intensive nature of the proposal and associated activity, coupled with its location, would adversely affect the character and amenities of the area to the detriment of residential amenity and local tourism’.