Tuesday, June 28
Trending
You are at:Home»News»Exeter»London County Lines drugs gang who flooded Exeter with heroin and cocaine are jailed

A London gang who flooded Exeter with Class A drugs have been jailed for a total of 34 years.

The County Lines crooks, who coerced children into their criminal activity, were caught thanks to an undercover police sting.

Some 24 people have been brought to justice as part of the case.

The illegal enterprise saw dedicated mobile phone lines used in the trafficking of cocaine and heroin into to the Devon city from the capital.

Five men and a woman were handed prison terms at Exeter Crown Court on Friday (September 6). 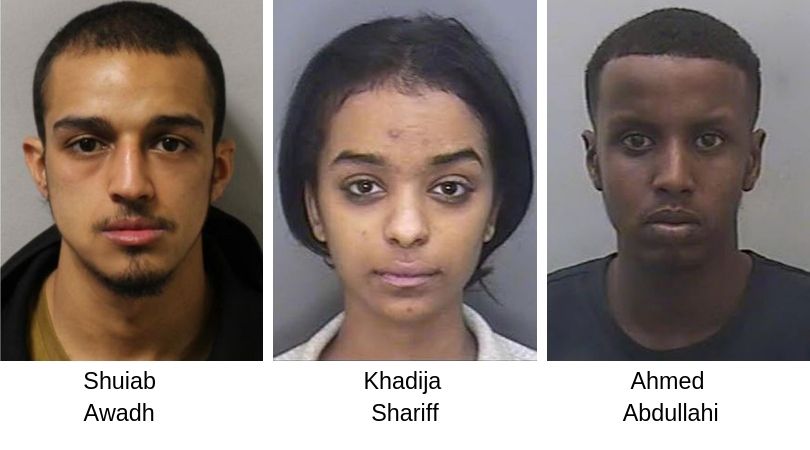 Shuiab Omar Awadh, aged 24, and Bobo Faki, 19, were found guilty by a jury of conspiracy to supply cocaine and heroin following a trial at Exeter Crown Court in April.

Seven other members of the gang all admitted conspiracy to supply Class A drugs.

Faki, of Dukes Court, East Ham, London, will be sentenced at a later date.

Also sentenced at Exeter Crown Court on Friday were: 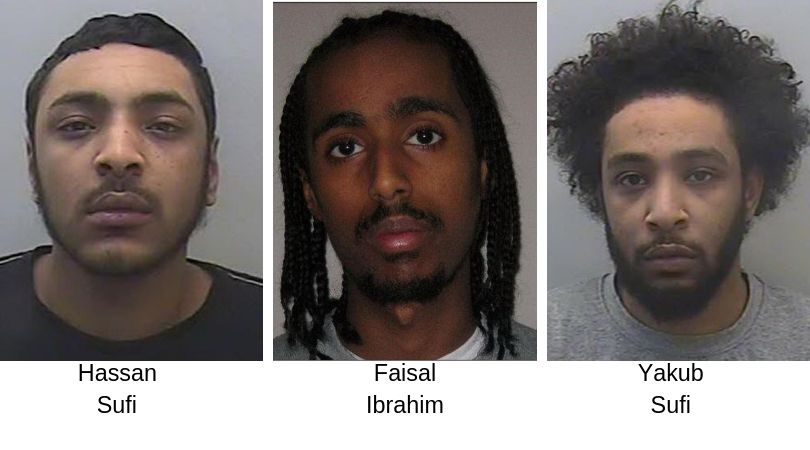 A further 17 individuals, who were identified as local street dealers in and around the Exeter area, had already been sentenced at previous hearings.

“These convictions are down to the hard work of the Devon and Cornwall Police investigation by the Serious and Organised Crime Investigation Team (SOCIT), who launched Operation Connard which focused on the trafficking of Class A drugs into Exeter from the London area.

“The operation started in July 2017 after an undercover officer managed to purchase drugs over the phone on a county line; this call was taken and an order was placed with a man with a London accent.

“A short time later, we went to the pre-arranged pick-up point and made an arrest where we seized drugs, cash and mobile phones.

“From here we continued to build an intelligence picture and managed to identify a number of drug lines from London into Exeter.”

The first County Line identified was the Mitch line. Police later also linked those who have been convicted to the drug supply behind the Rico and Pricey lines.

Drug dealers including Hassan Sufi and Yakub Sufi would be in control of these drug lines and would take orders from local dealers in Exeter.

They would also send out bulk text messages to local dealers and drug users advertising their products.

In August 2017, police began to monitor the trafficking of drugs from London to Exeter.

DS Lawrence said: “Journeys were made by a number of the gang including Ibraham, Sufi and Abdullahi in possession of large amounts of Class A drugs to meet these orders.

“The gang would brazenly show off their ill-gotten gains; Faisal Ibrahim, Yakub Sufi, Hasan Sufi, Faisal Ibrahim and Bobo Faki all filmed themselves during drug runs to Exeter and bringing cash back in London, sharing these videos on Snapchat – these men are now all in jail.

“I would like to personally thank all who worked on this wide and complex case for their hard work and efforts.

“Without them, these individuals would still be dealing Class A drugs and coercing children into a gang lifestyle.

“Today’s result shows that Devon and Cornwall Police continue to work hard to identify those responsible for the drug trade in our area and to bring them to justice; they ruin lives and we will not turn a blind eye to this type of gang activity.”

“Four children aged 13 to 15 were befriended by members of the gang in London before being turned on and threatened, claiming that they lost packages and now owed the gangs hundreds of pounds which they didn’t have.

“Thankfully, as part of our investigations, we have managed to identify and help these children, freeing them from the grasp of the gang and allowing them to hopefully have a different future.”

Detective Chief Inspector Ben Mant, in charge of the region’s covert teams at SW ROCU, said: “Specialist undercover officers spent more than 10 months gathering in excess of 2,500 pieces of intelligence to help Devon and Cornwall Police secure these convictions and protect children from the gang’s violence.”