An Ottery pub could be extended into the town’s former Lloyds Bank – with part of the premises also converted into three flats – if a planning application is successful.

Proposals for the property would see the neighbouring London Inn benefit from extra bar and seating space.

Applicant Mr Andy White is seeking the go-ahead for a change of use to drinking establishment for part of the ground floor at 6 Silver Street.

Partial demolition of the party wall – to create access to the neighbouring pub – is proposed as well.

Remaining ground-floor space would stay designated for professional services and be used by the applicant’s recruitment, employment and careers advice business.

Permission has also been requested to turn an existing self-contained dwelling on the first floor of the premises into three flats. 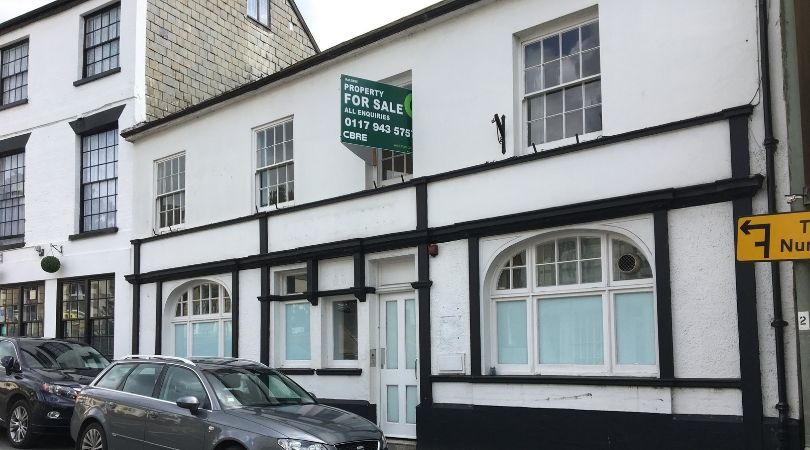 Lloyds was Ottery’s last bank standing before it closed in October 2018.

“It is proposed to remove the existing modern fit out of the bank making one large open plan bar seating area,” the planning application states.

“A section of wall is proposed to be removed between 6 Silver street and the London Inn to allow for direct access from the pub into the newly-created bar seating area.”

A pair of two-bedroom flats and one single-bedroom unit are proposed for the first floor.

No parking spaces are featured in the scheme ‘as there is no available land within the site to provide for them’.

Lloyds was Ottery’s last-remaining bank before it close in October 2018.

Barclays has since become the Silver Otter café, which helps people with learning disabilities gain work experience and life skills.

NatWest is now the town’s library.

East Devon District Council will decide the fate of the planning application for 6 Silver street.