These newly-released images show the progress of Budleigh Salterton’s revamped skate park, set to open in mid-October with a price tag of £150,000.

East Devon District Council teamed up with skate park users to design the new-look equipment, which will open with a launch party and fun competition.

The council thanked youngsters and youths for helping design the park, saying it offers something for wheeled sports fans of all abilities to enjoy.

Cllr Tom Wright said: “This new facility will provide first class opportunities for young people from Budleigh and the surrounding villages to hone their skills, have exciting ways to improve fitness and most importantly allow positive social interaction.”

Budleigh Salterton Town Council said it had been ‘important’ to include the children who use the park in its design, adding it was ‘delighted that the skate park revamp is going ahead at long last’.

EDDC said skate park fans were called on to help its contractor plan the new layout, saying the final ‘unique’ free-flowing, open, design of teardrop volcano, spine and hipped flatbank ‘exceeded their expectations’ and ‘caused much excitement among the group’.

This new facility will provide first class opportunities for young people from Budleigh and the surrounding villages to hone their skills, have exciting ways to improve fitness and most importantly allow positive social interaction…

Cllr Geoff Jung, EDDC’s portfolio holder for the environment, said: “The new design looks fantastic. It’s great to see the local community getting involved to ensure they get a park to be proud of.

“I hope this attractive, free to use facility encourages tourism for the area and improves the well-being of locals who use it.”

The skate park’s facelift of longer-lasting sprayed concrete is underway.

The old equipment has gone and the the new structure is taking shape; the first concrete pour is scheduled for Monday, September 9, weather permitting. 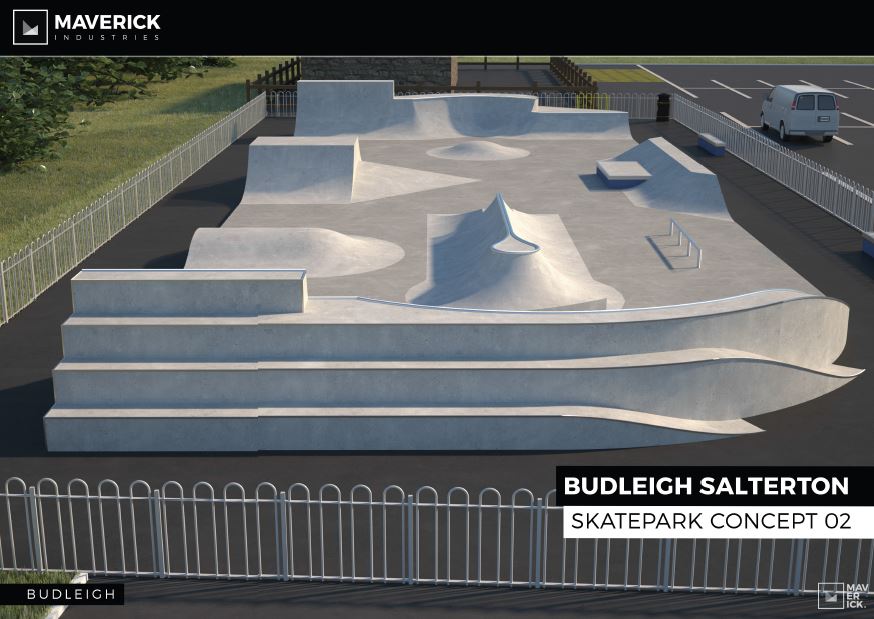