This is the stark warning from firefighters battling to save Topsham’s fire station from closing under cash saving proposals from Devon and Somerset Fire and Rescue Service.

The town’s firefighters have set up a petition and organised Save Our Station events in a bid to highlight Devon and Somerset Fire and Rescue Service’s proposal to scrap Topsham’s fire station.

Devon and Somerset Fire and Rescue Service (DSFRS) is canvasing communities until September 22, 2019, about a range of options to save the service money. These include station closures, slashing crewing hours and ‘switching off’ fire engines.

If Topsham’s fire station shuts, one of the town’s fire engines will be relocated to Middlemoor, four miles away and at least a nine-minute journey back to the town.

Initially the Topsham crew will man the Middlemoor pump. 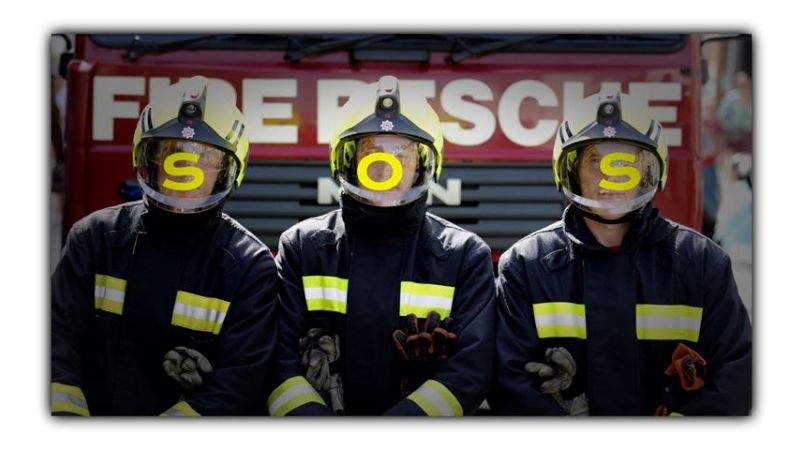 Firefighters have set up a petition and organised Save Our Station events in a bid to highlight Devon and Somerset Fire and Rescue Service’s proposal to scrap Topsham’s fire station.
Photo: Scott Drew

Steve Hilton, watch manager at Topsham, said: “For the people of Topsham, they will have to wait longer for the first appliance. The second will come from Danes Castle, which is in the city centre.

“If there’s a snap fire in the East Devon area for eight fire engines you will have to go further and further away for resources.

“The crew are trying to stay positive and come up with reasons to keep the station open. Morale is high.”

Mr Hilton said he had been ‘hugely disappointed’ by the low number of consultation responses in the EX3 Topsham catchment area prior to the open day.

“The open day could possibly be the last one because the station is under threat of closure,” said Mr Hilton.  “The public support was fantastic. We got a lot of petition signatures. How to keep the station open is the primary objective.”

A final decision on DSFRS’s proposed plans will be made by the Fire Authority in November and any agreed changes would start in 2020. 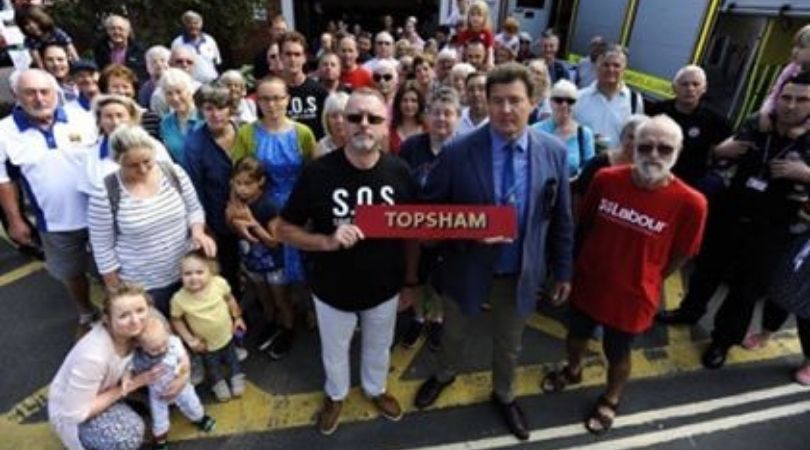 The town turned out in force to support Topsham firefighters’ Save Our Station open day.
Photo: Scott Drew

CAMPAIGN: Firefighters’ double SOS – with time running out to ‘Save Our Stations’ and ‘Save Our Service’