Saturday, June 12
Trending
You are at:Home»What's On»Special cruise from Exmouth to Sidmouth will explore the Jurassic Coast – with funds raised to protect World Heritage Site

A fun and informative evening cruise along the spectacular red cliffs from Exmouth to Sidmouth is taking place on Thursday, September 12.

The Jurassic Coast Trust and Stuart Line Cruises are teaming up for the trip, which sets off at 6.30pm.

The cruise will feature expert commentary on the rocks and landforms of Exmouth, Ladram Bay, Budleigh Salterton and more, courtesy of Jurassic Coast Trust ambassadors.

On the journey back to Exmouth, guests will be entertained by sea shanties from the Woodbury Whalers.

The cruise will return to Exmouth Marina by 9:30pm.

The cruise will showcase the western end of the UNESCO World Heritage Site in all its glory.

Stuart Line Cruises has donated its boat for the evening in aid of the Jurassic Coast Trust.

All money raised from ticket sales will go towards conserving and protecting the coastline. 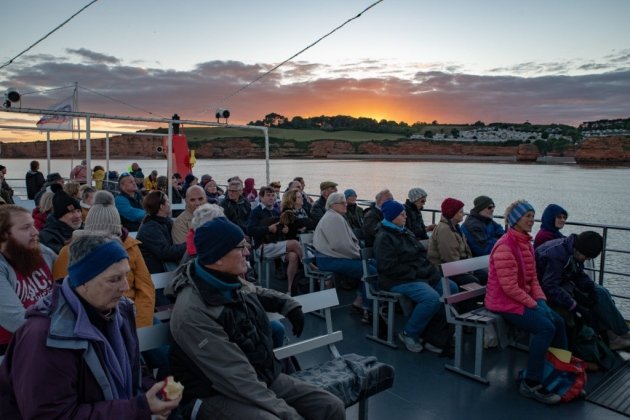 Guy Kerr, from the trust, said: “We maintain the World Heritage Site status of the Jurassic Coast and the outstanding qualities that put it in the same league as the Taj Mahal and Grand Canyon.

“At the moment we are working on creating a new partnership plan for the site, which will govern our management of this world-class asset over the next five years.

“We are also running our volunteer network programme at present, which aims to build skills and employability among young people in coastal communities.”

Tickets are £10 per person (or £5 for trust members) and are available here.

The Jurassic Coast is England’s only natural World Heritage Site, comprising 95 miles of the south coast between Orcombe Point in Exmouth and Old Harry Rocks near Swanage. It displays 185 million years of the earth’s
history. It was designated a World Heritage Site in 2001 for its Outstanding Universal Value, as demonstrated by its rocks, fossils and landforms.

Explore the Jurassic Coast – in Honiton