Row, row, row, your….fatberg! The heat was on when homemade vessels went head-to-head to be crowned winner of the 2019 Sidmouth Regatta raft race.

Makeshift vessels of all shapes and sizes cut through choppy water, paddled by hopeful crews keen to be first across the finish line.

Huge crowds gathered on The Esplanade on Saturday evening to witness the fun.

As a nod to Sidmouth hitting UK headlines earlier in the year when a fatberg of titanic proportions was found lurking beneath the town, Sidmouth Gig Club took inspiration for its raft.

Gig club members took first prize for fancy-dress efforts, but despite valiant efforts, came in last in the raft race.

Victorious, and retaining their title as raft race champs, was the team from Sidmouth’s All Saints Church who soon led the way with their Saints and Sinners vessel, despite giving rivals a head-start.

Oliver Salter, of the Sidmouth Regatta committee, said: “It was brilliant to have a church raft.

“They have won it for the last few years. They even gave them all a bit of a start this year.”

Mr Salter said the weather had been kind and attracted crowds of onlookers.

He added: “We have people who come especially for the raft race; we see them year after year. I am certain they book their holiday for it.”

Some eight rafts took to the water; they included the imaginatively-designed Sidmouth fatberg, a Duracell battery and the Mario Kart, whose team of local men scooped second place in the fancy-dress contest.

The day of festivities was capped off with a spectacular fireworks display. 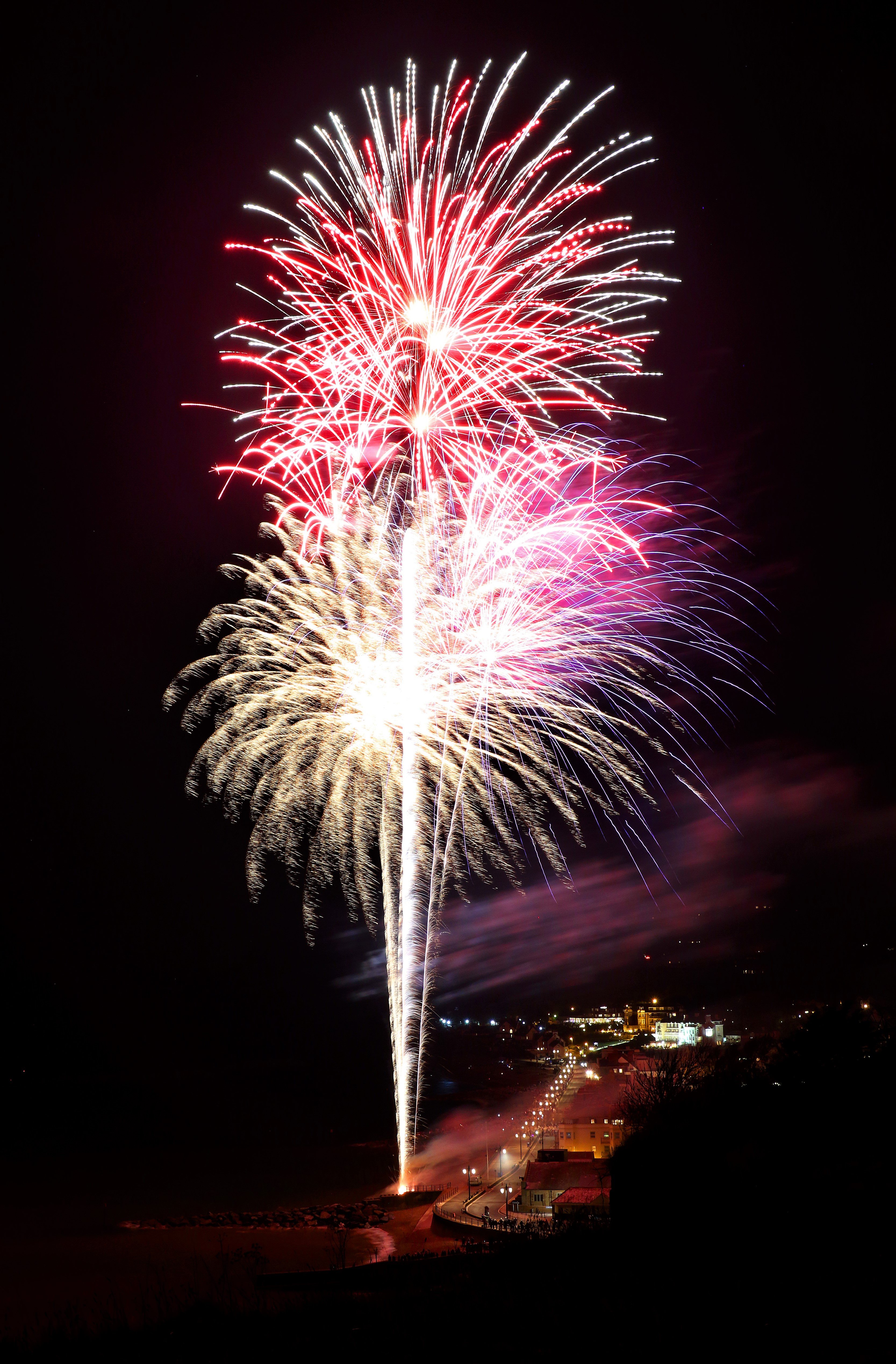 All times are approximate and depend on the weather.

PHOTOS & VIDEO: All eyes to the sky at Sidmouth air display 2019