Exmouth’s new Tourist Information Service was officially launched with a party on Wednesday.

The helpful hub has moved to its very own home in The Strand after being based nearby at AJ’s Taxis since May 2015.

To celebrate the move, as well as the Visit Exmouth brand refresh, mayor Councillor Steve Gazzard presided over the August 21 celebrations.

A commemorative plaque was also unveiled in memory of the late Cllr Bill Nash.

The former mayor was instrumental in Exmouth Town Council taking on responsibility for the Tourist Information Service back in 2014. 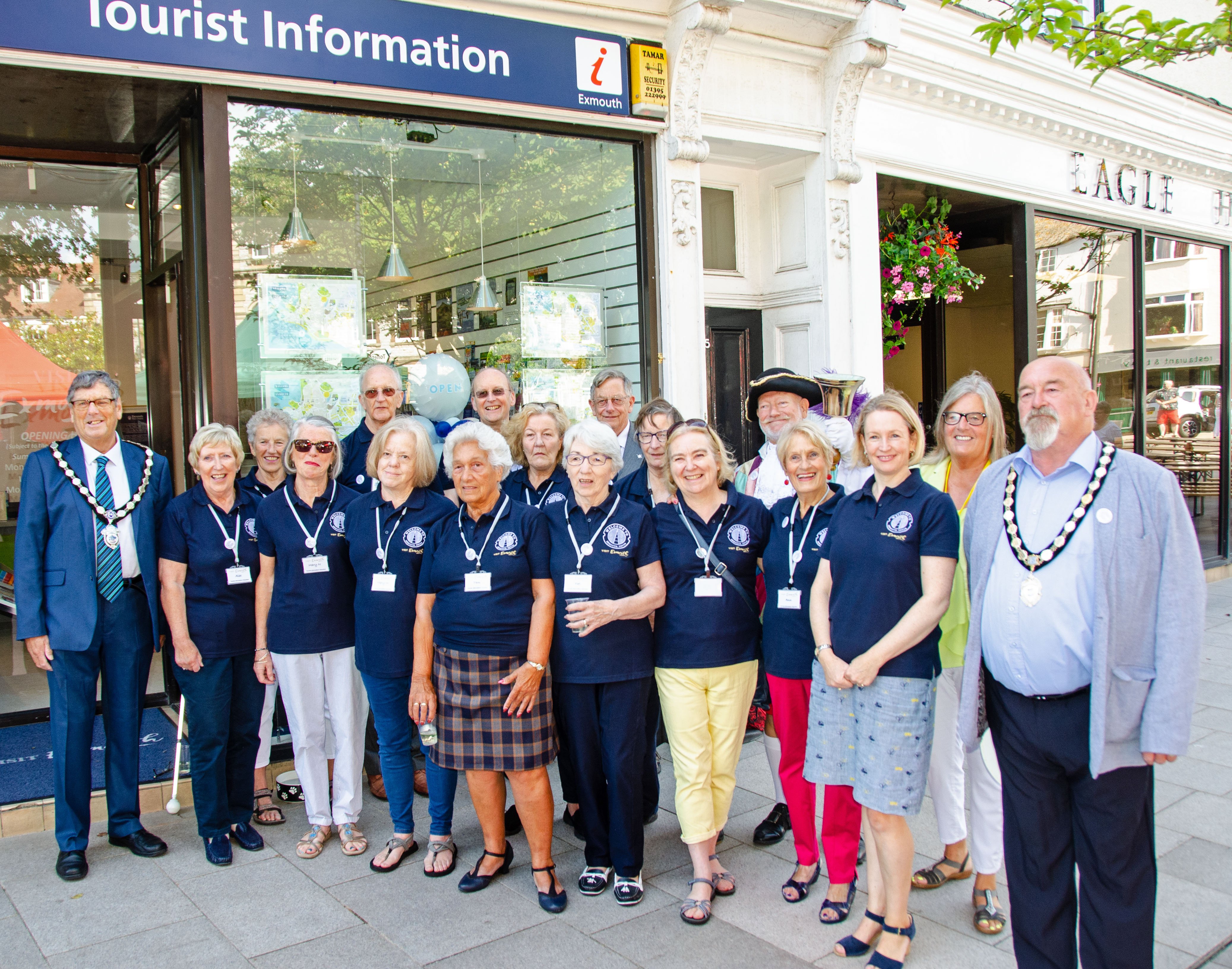 A party was held to celebrate the opening of the new Exmouth Tourist Information Service in The Strand.

Veronica Boatman, tourism officer for Exmouth Town Council, said: “I would like to express my gratitude to the amazing team of volunteers who donate their time to provide Exmouth with a Tourist Information Service we can all be proud of.

The town council, which supported and organised the move, attended the opening along with local business owners and organisations representing Exmouth’s tourism industry. 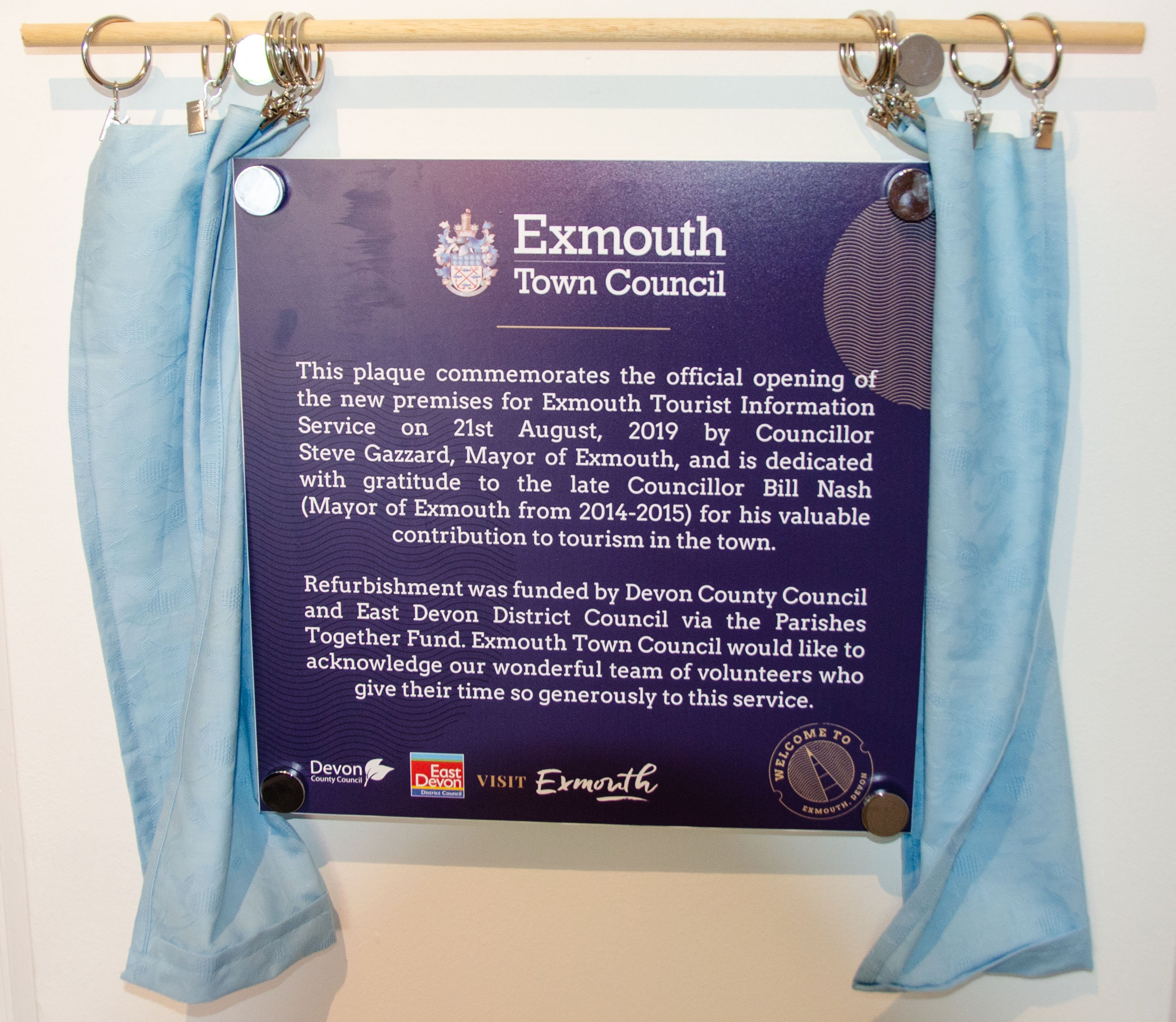 A commemorative plaque was unveiled in memory of former mayor Cllr Bill Nash.

Tourist Information Service bosses expressed their thanks to AJ’s Taxis for its support in hosting the service over the last few years.

Manned by knowledgeable and friendly local volunteers, the new office is open six days-a-week, Monday – Saturday, from 10am to 4pm.

The service is looking to expand its team of volunteers. Anyone interest in getting involved can contact Veronica at Exmouth Town Council on 01395 276167 or by emailing exmouthtouristinformation@gmail.com

More information is also on the Visit Exmouth website. 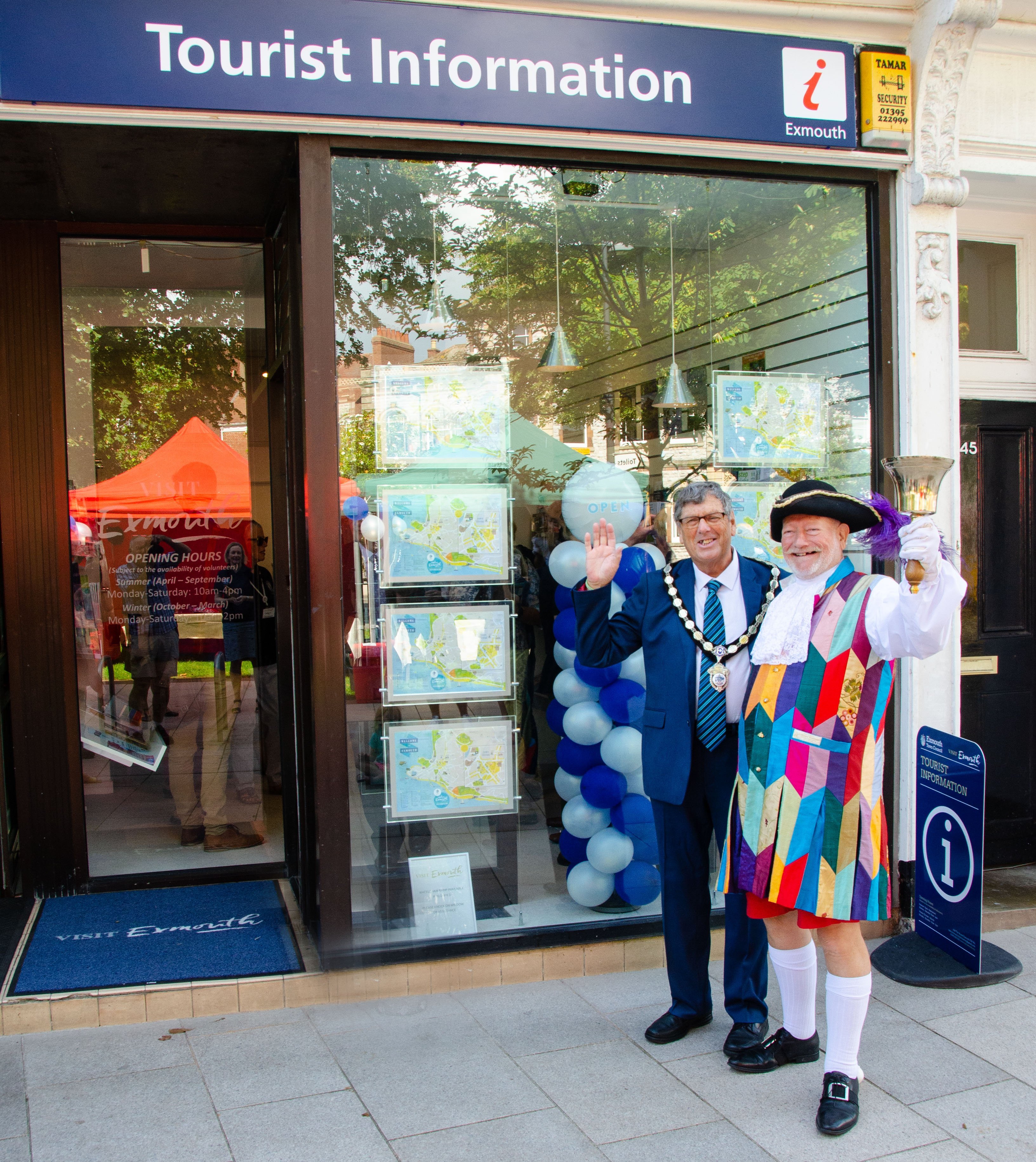