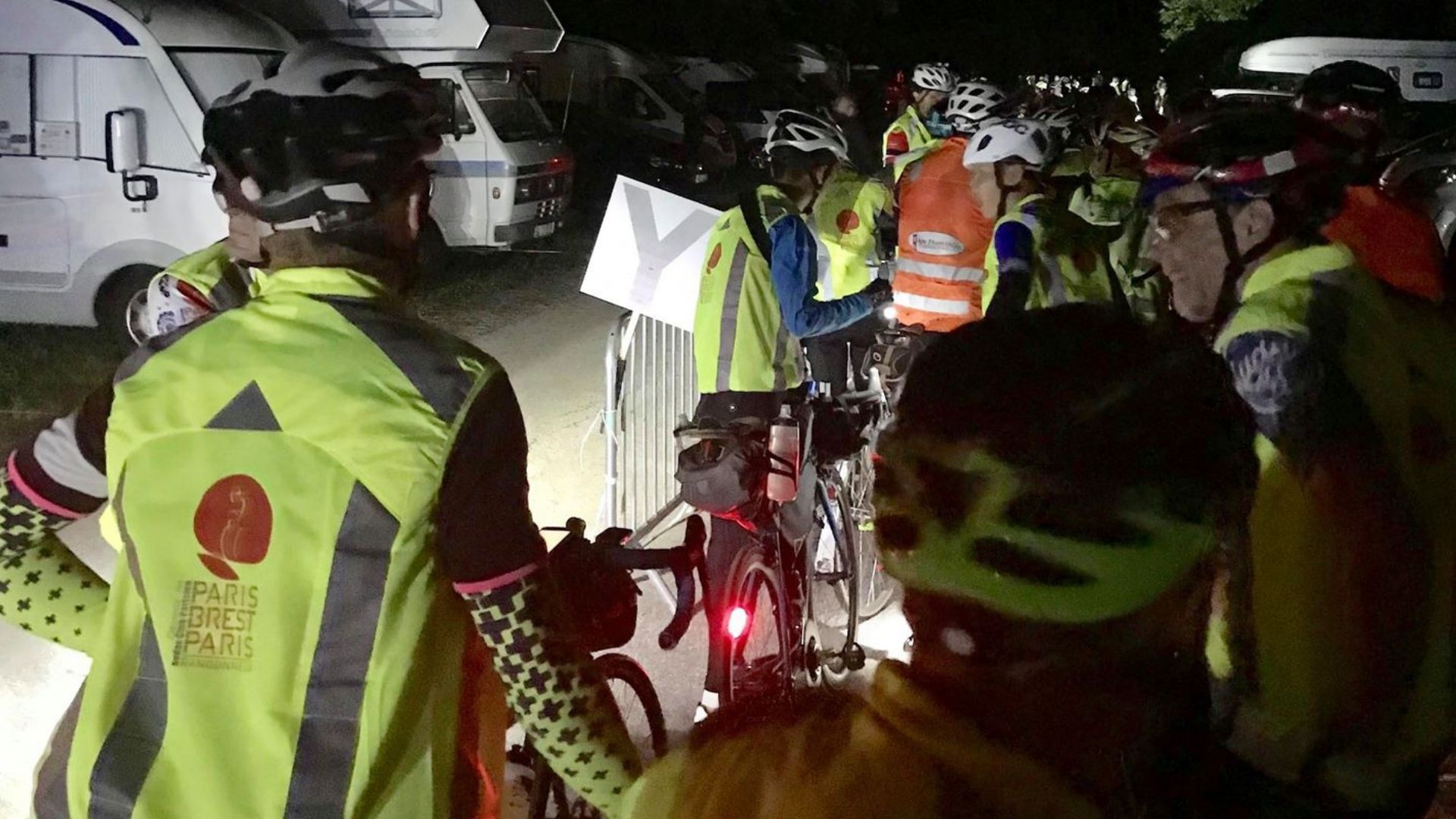 A scene from the cycling challenge in France

A Honiton man says he is ‘gutted’ not have finished a challenge to cycle 1,200 kilometres in the Paris-Brest-Paris Randonneur.

Richard Salisbury, 53, who donated a kidney to his only son earlier this year, says he was forced to pull out of the ride after cycling 360 kilometres of the route.

Cyclists were tasked with completing the mammoth challenge in just 90 hours. The cycle ride got under way on August 18 and is due to finish on August 22.

Mr Salisbury, who is married to Honiton shopkeeper Carla, said he was lucky not to have been involved in a collision at the start of the ride.

He told East Devon News.co.uk he was riding in a pack of 300 when an overtaking car was forced to pull in ‘causing carnage’.

“It was just luck I wasn’t involved,” he said,

Later he witnessed a man collapse on the floor at a restaurant on the route.

Mr Salisbury said: “It was hard going, with head winds. Maybe my fitness isn’t 100 per cent.”

He travelled to France to participate in the challenge with cycling pal Ian Hennessey, 66. He also failed to complete the race, having broken his ankle just four weeks before the event.