Drug crime is increasing in small towns and villages and poses a real threat to children in East Devon. That is the view of a district and county councillor, who says now is not the time to be ‘complacent or naive’.

Axminster councillor Ian Hall is working with the Local Action Group to tackle the County Lines menace and recently chaired a special ‘wake-up’ briefing for fellow councillors at County Hall in Exeter.

Anyone exploiting a young person for criminal ends is ruining their lives by exposing them to intolerable risk. They’re dragging them into criminality, which will have serious consequences for their life chances – Cllr Ian Hall

He believes it time for a change of direction and for new options to be explored for tackling both drug crime and drug addition.

“Where once the problem of drug crime was mainly confined to the big cities, the gangs and criminal networks are spreading their tentacles into ‘softer’ target areas like Dorset and Devon, putting our youngsters at risk of becoming involved either as suppliers or as potential clients and addicts – or both,” he said.

“For the past four years I have been active both behind the scenes and within my immediate community at the eastern end of the district, learning about the problem and working with the Police officers whose job it is to tackle it.

“It’s left me in no doubt that it is a major threat to our young people and to the very fabric of our communities. It’s disturbing to look at a map of the UK and see that the Exeter area is one of those highlighted as seeing a ‘strong increase’ in recorded drug crime. By comparison Liverpool, once a drugs hotspot, has seen a fall of nearly 20 per cent.” 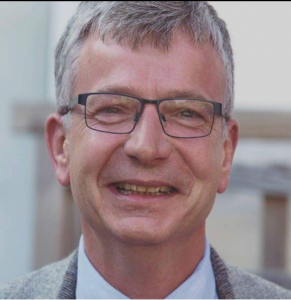 County Lines is a term used to describe how drug suppliers who once concentrated on major cities have devised a way to target less populated areas by using young, vulnerable people as drug runners, with estimates of 10,000 youngsters involved nationwide.

Conservative Cllr Hall says TV reports ‘shine a light on a battle police forces up and down the country are fighting against the threat of County Lines’.

He pointed out ‘vulnerable teenagers, as young as 14, are being sent out with drugs to sell in towns and villages some distance from where they live’.

Police data shows that drug crimes in England and Wales have fallen significantly in the past five years. But Cllr Hall says, these national averages hide a major shift in where drug crimes are being committed – away from major conurbations and into the wider countryside and the South Coast.

The National Crime Agency says more and more children and young people are being referred to the National Referral Mechanism, a system designed to identify human-trafficking victims, as a result of County Lines.

“Anyone exploiting a young person for criminal ends is ruining their lives by exposing them to intolerable risk. They’re dragging them into criminality, which will have serious consequences for their life chances,” said Cllr Hall.

“I believe that only by working together can the police, local authorities and public turn the tide to ensure communities stand firm and therefore will refuse to let this incredibly destructive criminal activity to become normalised in any community.

“As a community, we need to come together and first of all understand that this is happening on our streets. Then we need to work together, as a matter of urgency to do something about it. I will do everything in my power to drive awareness of this menace and help to manage the process of snuffing it out before it wrecks the lives of our young people and their families.”

He added: “We are well established in this area to support those who wish to combat addiction. But I personally believe we need to look at different options as to how we combat drugs and drug addiction in the UK. This will be a continuing and necessary discussion point.”