Wednesday, January 22
Trending
You are at:Home»News»Sidmouth»River Sid hero describes moment he rescued OAP in the Byes

Hero Al Baker has described the moment he heard an elderly woman, who had fallen into a river, calling out for help as he jogged through the Byes in Sidmouth.

Mr Baker, who has been credited with saving the woman’s life, was yesterday being sought by police – who want to thank him for his actions.

I heard a lady’s voice shouting ‘Help me! Help me!’ – Al Baker

He and a female jogger got into the River Sid and pulled the OAP to safety.

Our story on the river rescue prompted a raft of comments identifying Mr Baker as the man responsible for the rescue.

He had been on his way to work when the drama unfolded. 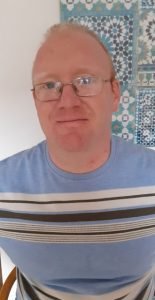 “I was unsure what to do. I saw a female jogger and I called to her to help me.”

Two other joggers, who were also on the scene, called an ambulance.

Mr Baker said he then ‘ran up the road to meet the ambulance’.

“I have learning difficulties, so my first reaction is to panic then react. I was grateful that other people were around to help me.”

Selfless Mr Baker says his thoughts are with the saved woman, who was taken to hospital suffering from hypothermia.

“I hope the lady we rescued is okay,” he said.

Police say that the woman may not have been found alive without Mr Baker’s quick-thinking.