Tuesday, June 28
Trending
You are at:Home»News»Ottery St Mary»End of the line for Ottery phone box?

A phone box in Ottery St Mary is facing the axe – despite it being the best-used of 18 under threat in East Devon.

BT wants to scrap the Hind Street kiosk and a host of others as calls from them have declined by 90 per cent in a decade.

The payphone, near to Sainsbury’s, has been used 146 times in the last year, according to the telecommunications giant.

BT is carrying out a public consultation over the removals until October 10 and has asked local authorities what they think.

A BT spokesperson said: “Overall use of payphones has declined by 90 per cent in the last decade and the need to provide payphones for use in emergency situations is diminishing all the time, with at least 98 per cent of the UK having either 3G or 4G coverage.

“This is important because as long as there is network coverage, it’s now possible to call the emergency services, even when there is no credit or no coverage from your own mobile provider.” 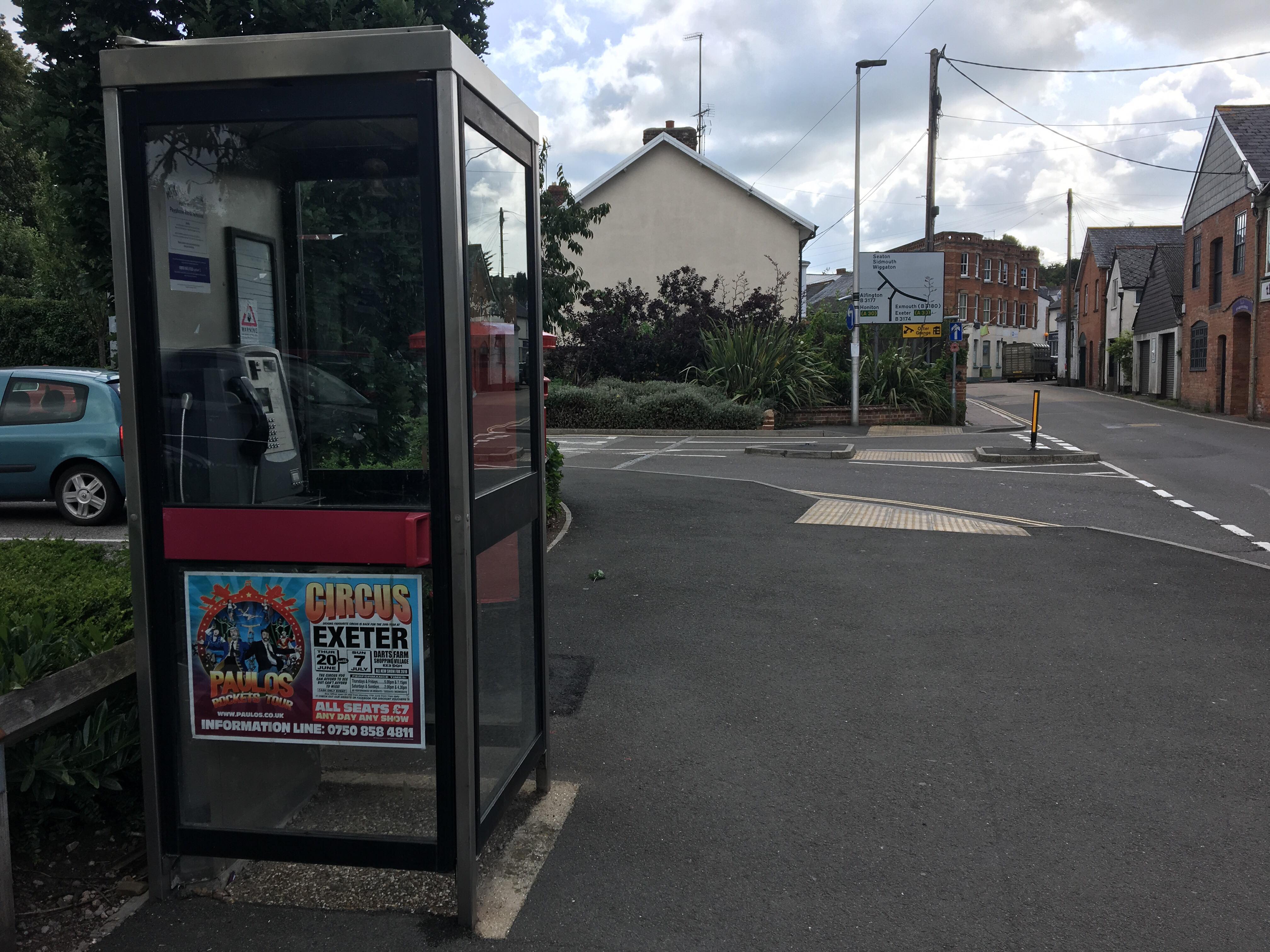 The Ottery payphone has been used 146 times in the past year.

The Ottery Hind Street phone box is significantly better-used than others which face removal in East Devon.

The kiosk in Branscombe was used 91 times in the last year, while those in Upottery and Poltimore were not used at all.

BT is giving communities the chance to ‘adopt’ traditional red phone boxes for £1.

The UK’s communications regulator Ofcom says 20 per cent of public call boxes have not been used to make a call in the last year.

Some 94 per cent of adults personally use a mobile phone and 98 per cent of premises have 3G or 4G coverage. 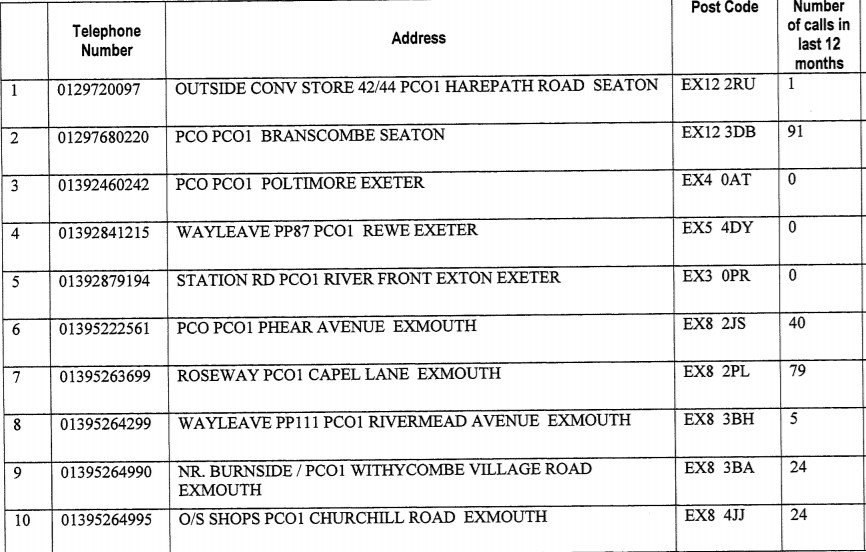 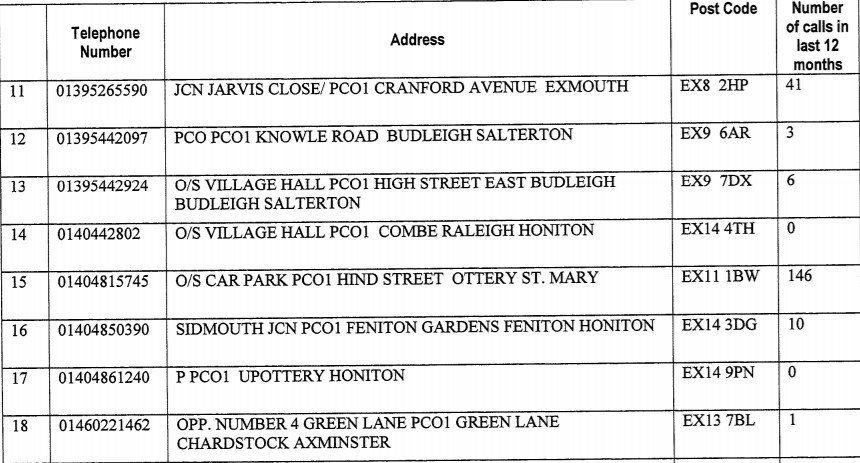 BT has recorded the number of calls made to underused phone boxes in Exmouth.