These images give a glimpse of how a new cricket ground in Budleigh Salterton could look, after plans were revealed this week.

It is hoped the move would end years of flooding misery for the town’s cricket club.

“The reason that the cricket club needs to relocate is that the existing ground is at sea level and has been affected on several occasions by catastrophic flooding,” say the plans.

Chartered architects Club Design Ltd tells EDDC in the application: “This site, if developed as a cricket facility, would not be affected in that way.”

How the new pavilion could look.

Budleigh Salterton Cricket Club is currently located to the east of the town and west of the River Otter.

The site is below sea level and suffers flooding on an increasing basis, with the ground often waterlogged.

Flooding at the site was so catastrophic in 2008 and 2012 that water reached as high as the roof of the clubhouse.

Blueprints for the new ground have been designed to meet the criteria of Sport England and the ECB.

The layout of the proposed pavilion.

“The new changing rooms have been designed to provide ample seating for players whilst getting changed with en-suite showering and separate changing for match umpires.” 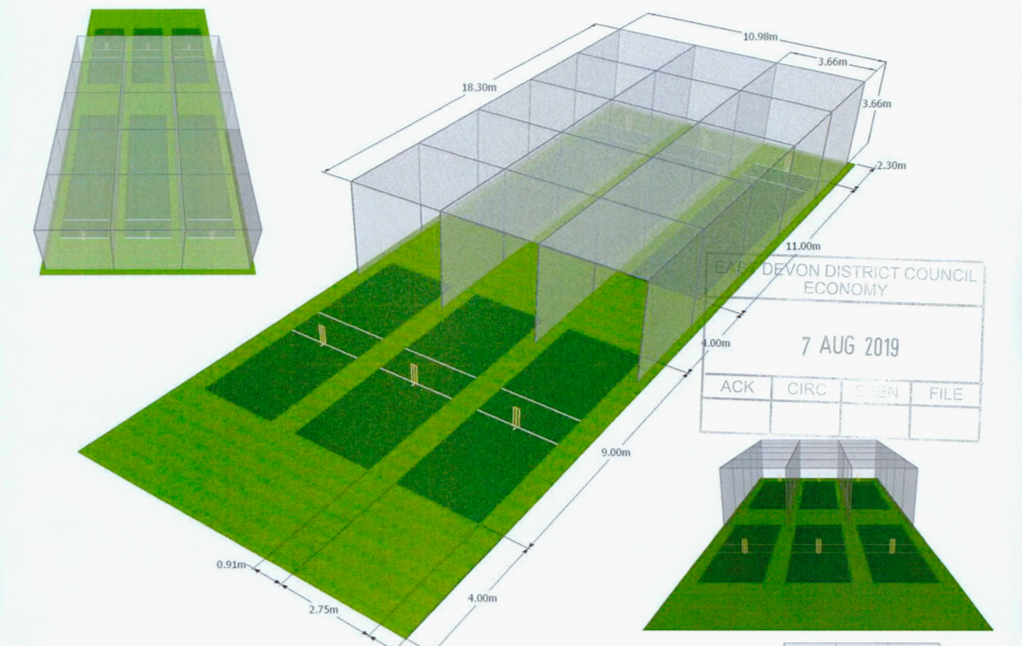 Re-contouring of the site will be necessary to achieve level plateaus for the proposed two cricket grounds. Tree planting is planned around the site.

The project will be offered through traditional tender to local construction companies providing work and employment, according to the application.

The plans also state how the Environment Agency (EA) is proposing to restore the floodplain of the lower reaches of the River Otter to create intertidal habitat.

This habitat creation scheme will result in the long-term flooding of the current site of Budleigh Salterton Cricket Club.

An equipment store is also proposed.