Tuesday, June 28
Trending
You are at:Home»News»Honiton»New home can be built on garden plot in Honiton town centre – despite ‘overdevelopment’ concerns

Plans for a detached new home in the centre of Honiton have been given the go-ahead – despite concern from town representatives.

The three-bedroom dwelling can be built on a plot at 157 High Street after it was approved by East Devon District Council (EDDC).

This is despite Honiton Town Council unanimously objecting to the application – with members branding it ‘overdevelopment’.

On balance, the proposal is considered to represent a suitable form of development that would preserve the character and appearance of the conservation area…

They also said the development would ‘adversely affect the amenity of neighbours’ and have an ‘overbearing effect on the area’.

The ‘backland’ site sits to the rear of High Street, near to the Lace Walk car park, and is northeast of properties set at a lower level and facing onto Dowell Street.

An historic burgage plot within the conservation area, it currently comprises garden areas.

Plans are for a detached, three-bedroom home.

Previous plans for a pair of dwelling on the plot were rejected.

Granting the single home permission under delegated powers, an EDDC officer said: “This amended submission has reduced the quantum of development previously proposed from two to one.

“In addition, the proposed layout has positioned the dwelling so it is no longer directly in line with the nearest neighbour and fenestration on the rear elevation of the building has been designed to prevent overlooking of these neighbouring properties.

“On balance, the proposal is considered to represent a suitable form of development that would preserve the character and appearance of the conservation area, has been designed to minimise impacts on neighbouring occupiers and which would provide some limited benefits in terms of housing provision.” 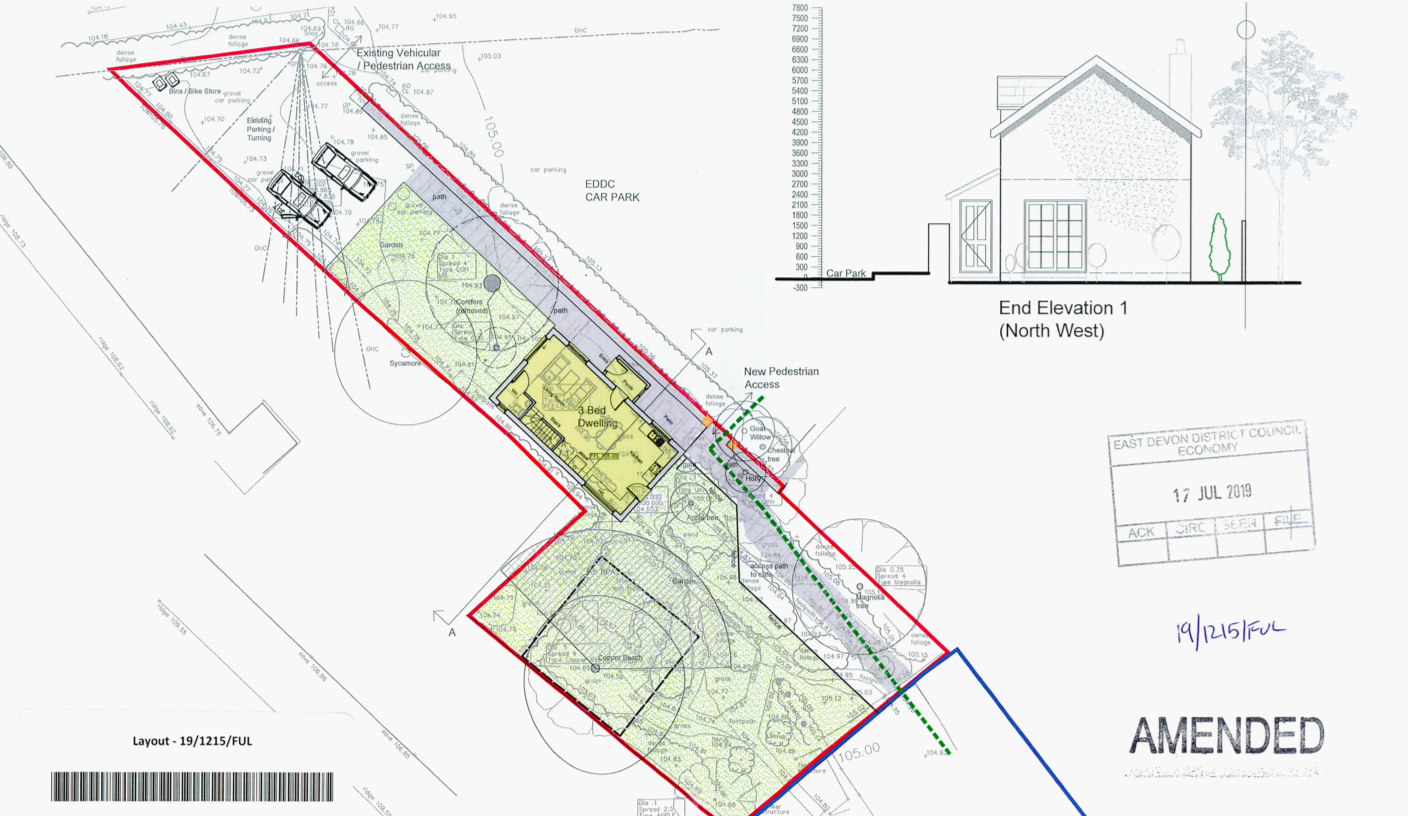 How the dwelling would fit in on the plot.