The dinosaur trail of life size models launched in Exmouth in 2016 and since then has proved a popular town centre tourist attraction.

Exmouth’s deputy mayor this week floated the idea of replacing the fibreglass models with stronger materials that could take weight.

We had to find dinosaurs that were in the affordability of the businesses that were sponsoring them, which is why they were fiberglass dinosaurs.

The town council clerk said the existing models were sponsored by local businesses and there was little scope to fund new ones.

Speaking at the August town council meeting Lisa Bowman, Exmouth town clerk, said: “We had to find dinosaurs that were in the affordability of the businesses that were sponsoring them, which is why they were fiberglass dinosaurs. They were chosen because they were affordable.

“The scope to replace them is quite limited based on the fact they are sponsored dinosaurs and also that we don’t have the budget in the town to do so.”

Councillor Brian Bailey, Exmouth’s deputy mayor, said there was a widely-felt need to improve the dinosaur trail with better-built figures.

He said: “The ones we have got are alright but they are not substantially built.

“For example, the gorilla on Exeter Quay is very substantial. People climb on it and play on it. It’s very strong.

“So, it would be worth looking into replacing some of them with something more substantial; they are regularly damaged.” 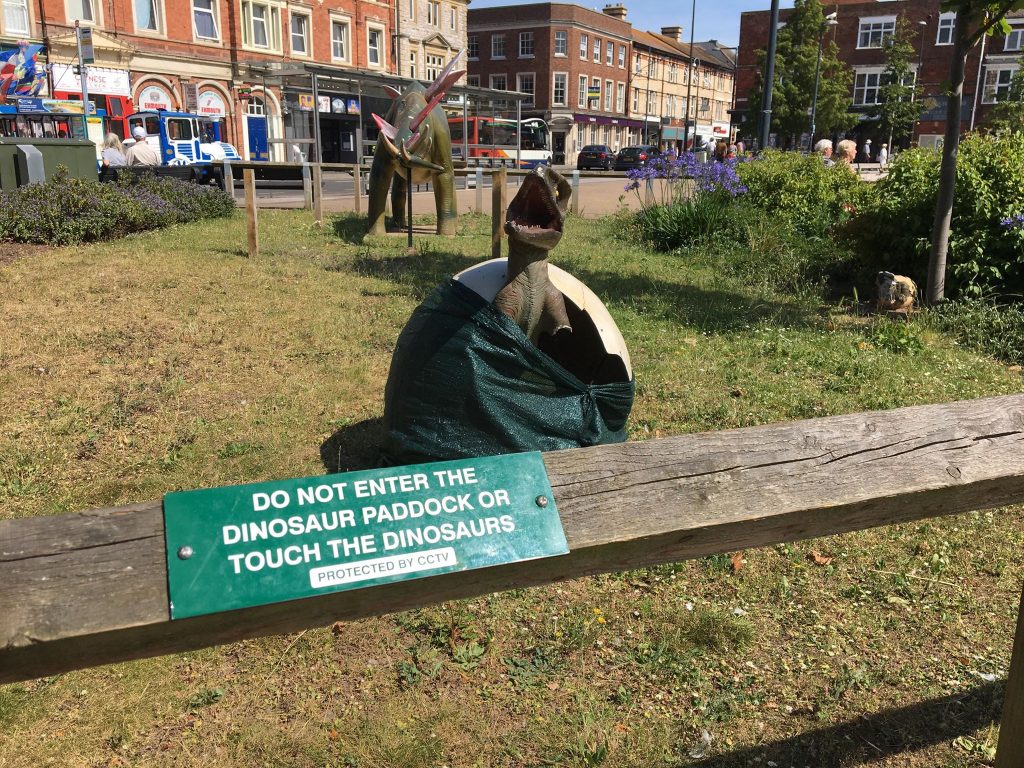 Exmouth’s deputy mayor has floated the idea of upgrading the fibreglass models for sturdier materials that could take weight.
Photo: EastDevonNews.co.uk