Thursday, June 30
Trending
You are at:Home»News»Exmouth»Myrt gives Exmouth RNLI the gift of generosity in celebration of her 90th birthday

Birthday celebrations for a 90-year-old RNLI supporter who loves Exmouth have given crew training funds a boost.

Myrt Clark, from Crediton, shied away from birthday presents when she turned 90 years old and instead asked her family to support the RNLI.

Her family donated £500 to the sea safety charity; a decade ago, Myrt gave her 80th birthday present fund to Exmouth RNLI for crew comforts.

She didn’t want anything big for her 90th birthday so we decided to donate to Exmouth lifeboat for her, which she was thrilled with.

On Saturday, August 3, Myrt was thanked for her generosity with a special tour of the lifeboat station and lifeboats.

Geoff Searle, Myrt’s nephew who accompanied her on the station tour, said: “My aunt has lived in Crediton all her life and loves Exmouth.

“She has never been to sea but has always admired the RNLI and has donated for many years.

“She didn’t want anything big for her 90th birthday so we decided to donate to Exmouth lifeboat for her, which she was thrilled with.

“We were pleased to donate £500 towards the cost of Exmouth crew training.”

Geoff added: “We did the same for her 80th, which was when the new station had just been built but wasn’t yet operational.

“She met the then Coxswain, Tim Mock, and donated money which paid for cutlery and crockery for the crew room for their new base.”

Mike Gall, Exmouth RNLI lifeboat operations manager, said: “This was a lovely gesture and very generous donation made to Exmouth RNLI by Myrt and I would like to thank her on behalf of the Exmouth RNLI volunteers.

“I’m pleased she enjoyed her tour of the station and hope she had a very enjoyable birthday.” 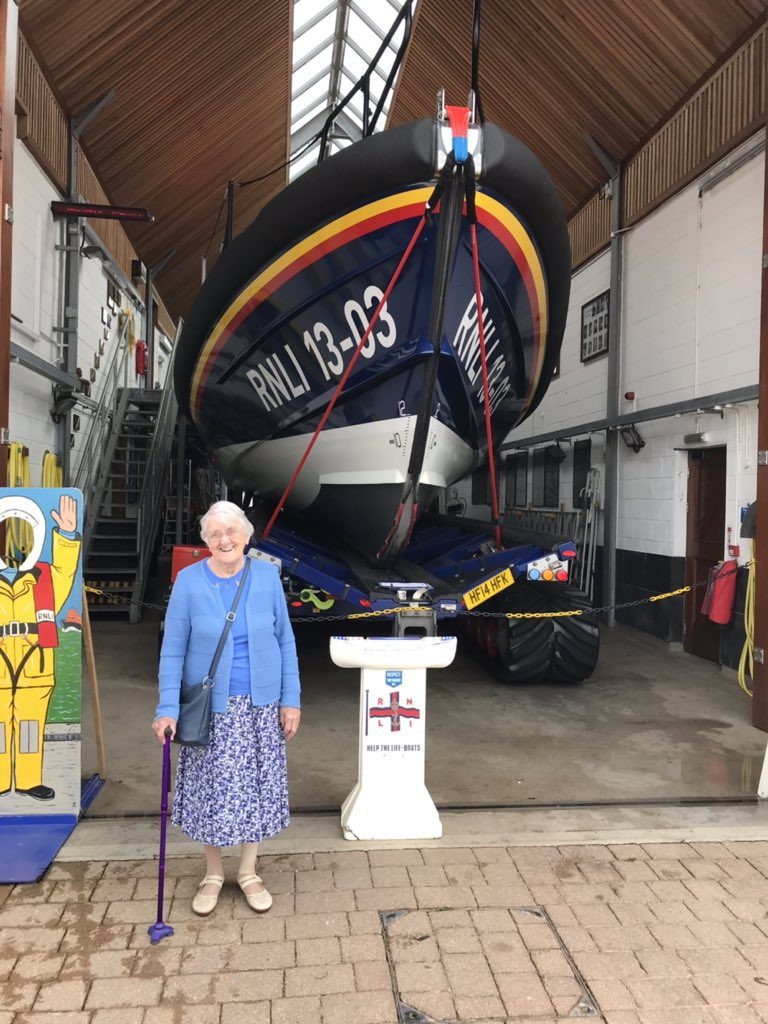 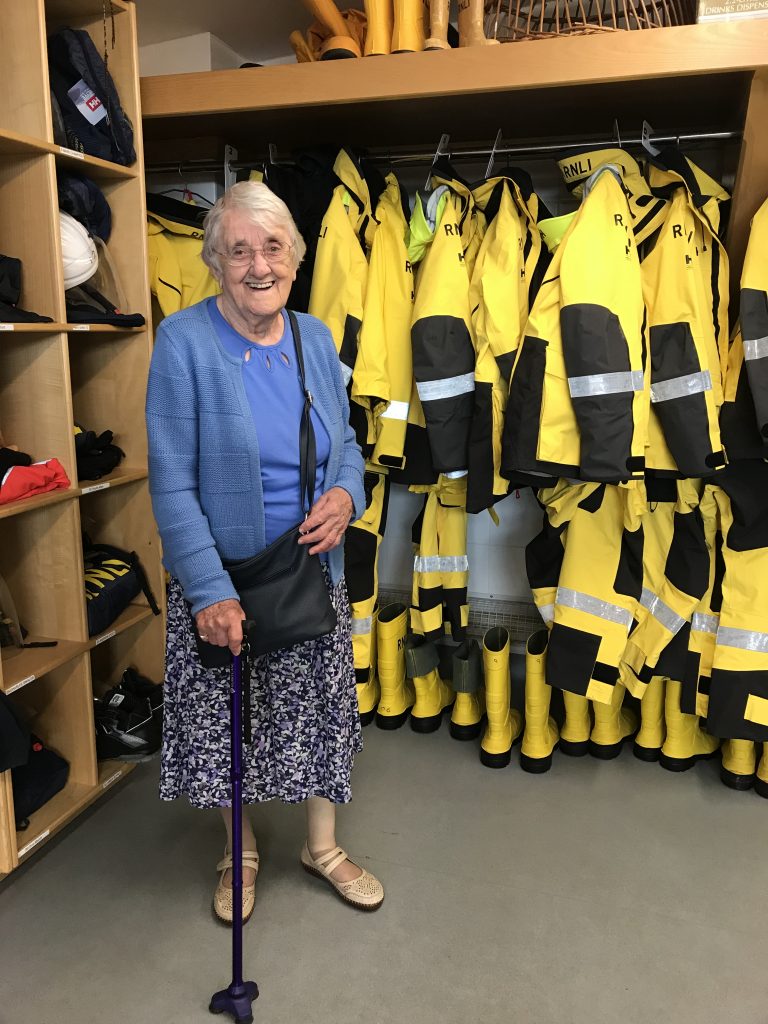 Myrt Clark was given a special tour of the Exmouth RNLI boathouse and lifeboats.
Photo: Geoff Searle 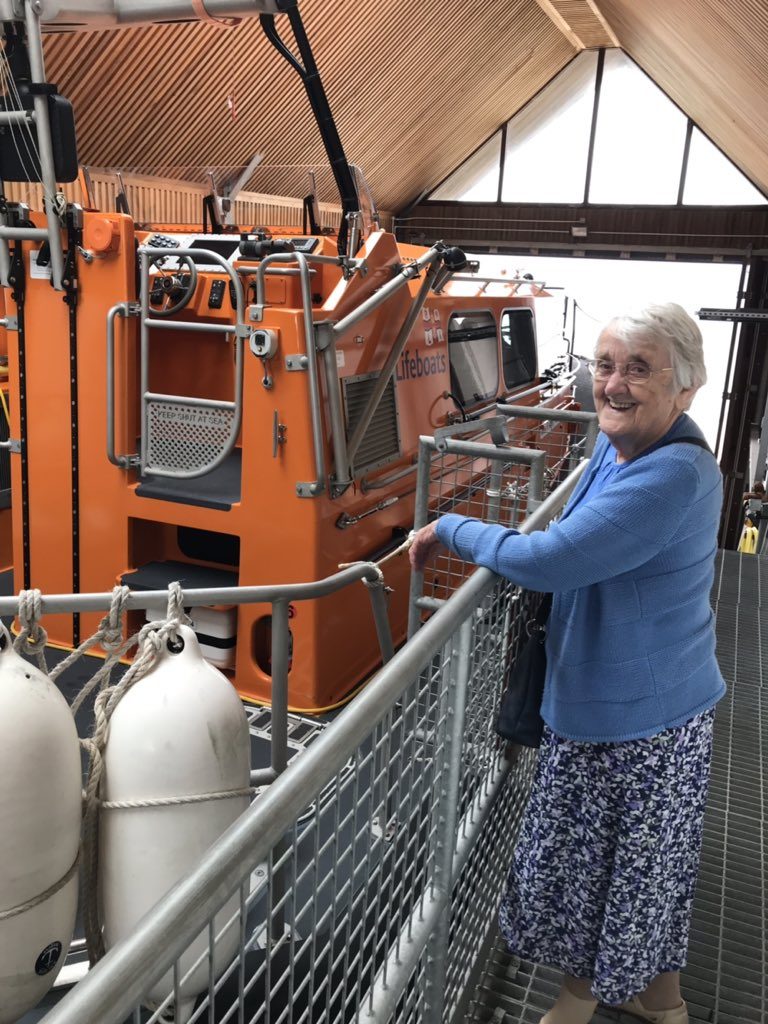