Honiton Rugby Club, which is riding on the crest of a wave following an all-out successful season, is recruiting the next generation of players.

It is searching for boys and girls to join its under-nines teams, and will be staging a taster session later this month. 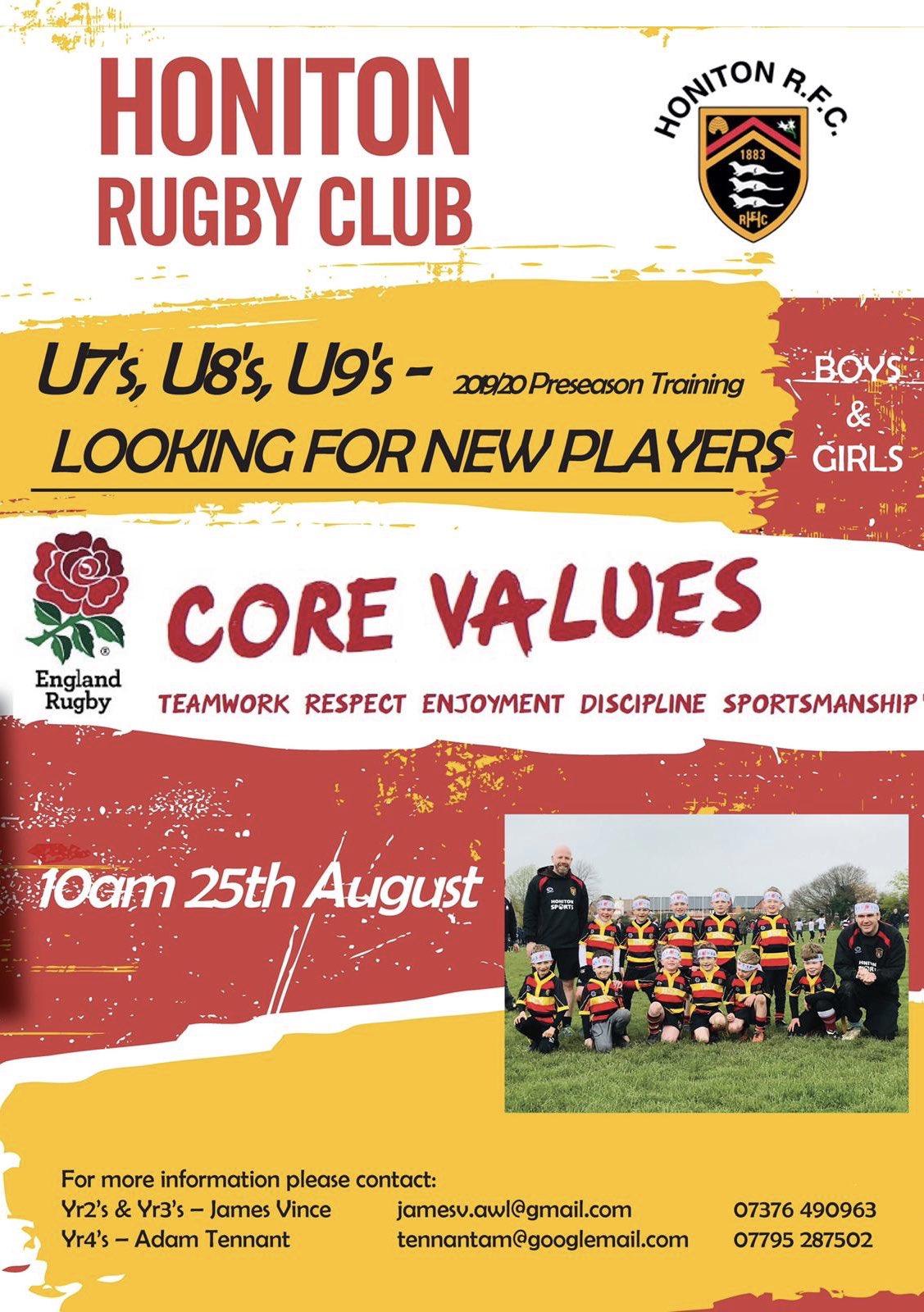 Members of the club were recently honoured by East Devon District Council in recognition of their outstanding achievements over the past season.

After a string of high-profile wins, which saw the club notch up its all-time finest season, the men’s 1st XV team has been nominated for the National Team of the Year in the Guinness National Rugby Awards.

The taster session will take place at 10am on August 25. Contact details are displayed on the poster.