Saturday, October 24
Trending
You are at:Home»News»Budleigh Salterton»‘Of all the places that houses can be built in Budleigh Salterton, this has to be the worst,’ – no support for ‘appalling’ plan

An ‘appalling’ plan to build a home in a garden in Budleigh Salterton has failed to gain support from the town council.

Budleigh Town Council refused to back the construction of a two-bedroom home on the plot of an existing garden in Leas Road, citing an over-development of the site, parking and access problems, neighbours’ loss of privacy, and for failing to conform to the Neighbourhood Plan.

The town council said a previous planning application for the site was refused by East Devon District Council in August 2018 on the grounds it was cramped, an over-development of the site, out of keeping with, and detrimental to the area.

It doesn’t look to me to be made any smaller. What are they doing, putting less mortar between the bricks? I don’t know…

The fresh application, said to be on a smaller scale smaller than the previous plans, will be decided by the district council.

“It doesn’t look to me to be made any smaller. What are they doing, putting less mortar between the bricks? I don’t know.

“This is an appalling application. It’s the worst place to be built. It’s over-development of the site.”

Town councilors said the new plan was ‘marginally’ smaller than the previous application and should be rejected on the grounds it was too large for the proposed site and failed to fall in line with the Budleigh planning blueprint which shapes and influences the town’s development.

“All the reasons there for it to be refused by East Devon are still pertinent.”

The proposal to build the two-bed home on garden plot prompted 11 public letters objecting to the fresh planning application.

Concerns raised by residents living in Leas Road and Copplestone Road included safety fears relating to traffic and access issues and the building size being too large for the plot, resulting in a loss of privacy for neighbouring homes.

“The existing buildings on this south east side of Leas Road are all major single-family dwellings with gardens.

“This application is a squeezed-in building using almost all of the available garden space. It would not sit happily with its neighbours.

“Given the limited space between buildings, the applicant ignores the effect on the ‘backdoor’ neighbours on Copplestone Road by leaving them completely off the submitted plans, although only feet away.

“The previous application on this site raised some 33 letters of objection from Copplestone Lane residents.

“These objections still apply and I hope planning fatigue does not let them get forgotten.”

The plans submitted to East Devon District Council show the dimensions of the proposed two-bed home. 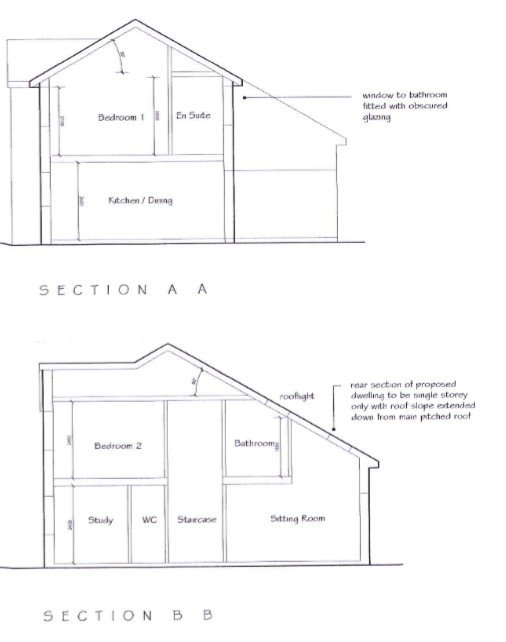 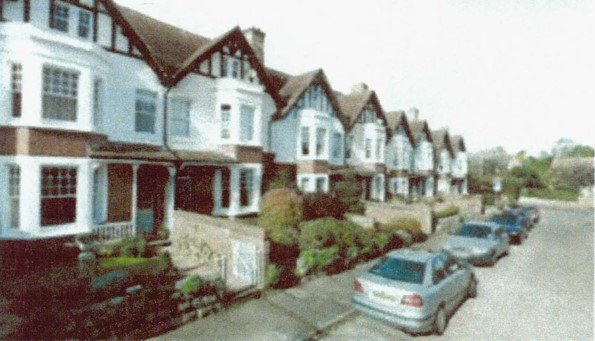