Vandals digging deep pits in woodland near Newton Poppleford are putting lives at risk, the landowner has warned.

Machinery we use to harvest mature timber could very easily be tipped over by hidden pits or ramps, with potentially fatal consequences for forestry workers.

Clinton Devon Estates has called the damage ‘environmental vandalism’ and is urging anyone with information about the culprits to contact the police.

John Wilding, head of forestry and environment at Clinton Devon Estates, said: “We will be seeking to recover the costs of making the area safe and repairing the environmental damage from the culprits.”

Trees have been vandalised, deep pits dug into the ground, there are crude ramps and bike trails and rubbish has been dumped, the landowner confirmed.

Clinton Devon Estates has warned of nails hammered into trees, which could injure walkers, mountain bike ramps with the potential to topple forestry machinery, while all rubbish posed a threat to wildlife.

Mr Wilding said: “Such ancient woodlands are steeped in history and their beauty is enjoyed by thousands of responsible visitors every year.

“But a thoughtless minority responsible for this criminal damage is spoiling it for everybody else.

“It is bad enough that trees have been deliberately damaged by people hammering in nails and ripping off bark, but even more worrying is that machinery we use to harvest mature timber could very easily be tipped over by hidden pits or ramps, with potentially fatal consequences for forestry workers.”

He added: “We’re more than happy to share the enjoyment of Harpford Woods with people who come to walk along the permissive pathways, and to cycle and ride horses along the bridleway which follows the route of the old railway line.

“We know that it is only a very small minority who don’t care about the damage they are causing, but the damage is severe.”

Call police with information on 101, or email 101@dc.police.uk 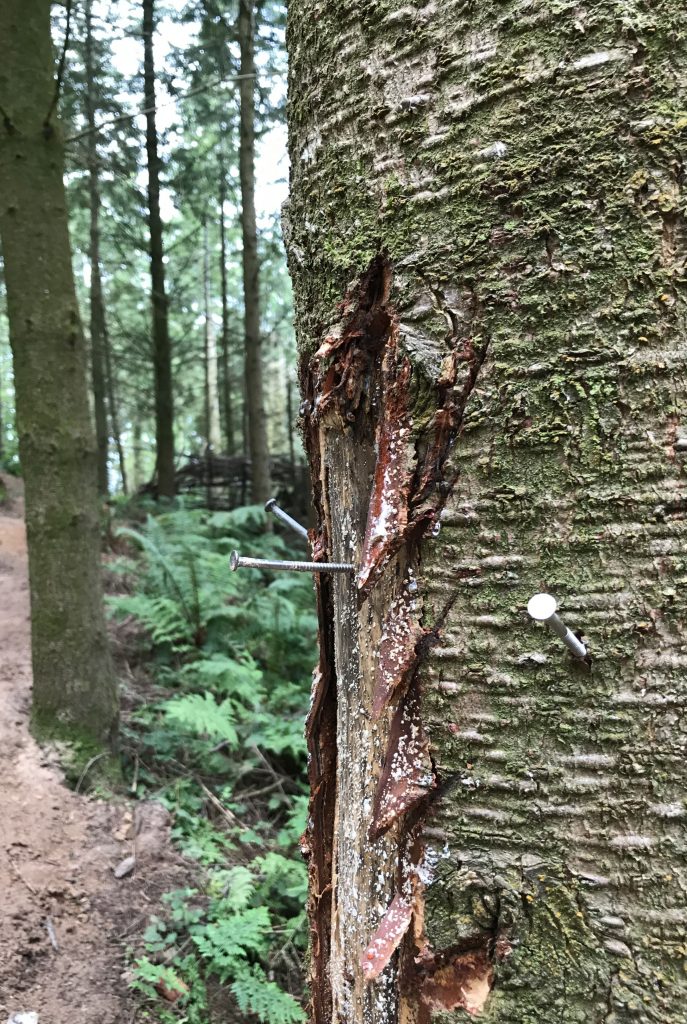 Nails have been hammered into trees at Harpford Woods. The landowner has called the damage ‘environmental vandalism’.
Photo: Clinton Devon Estates. 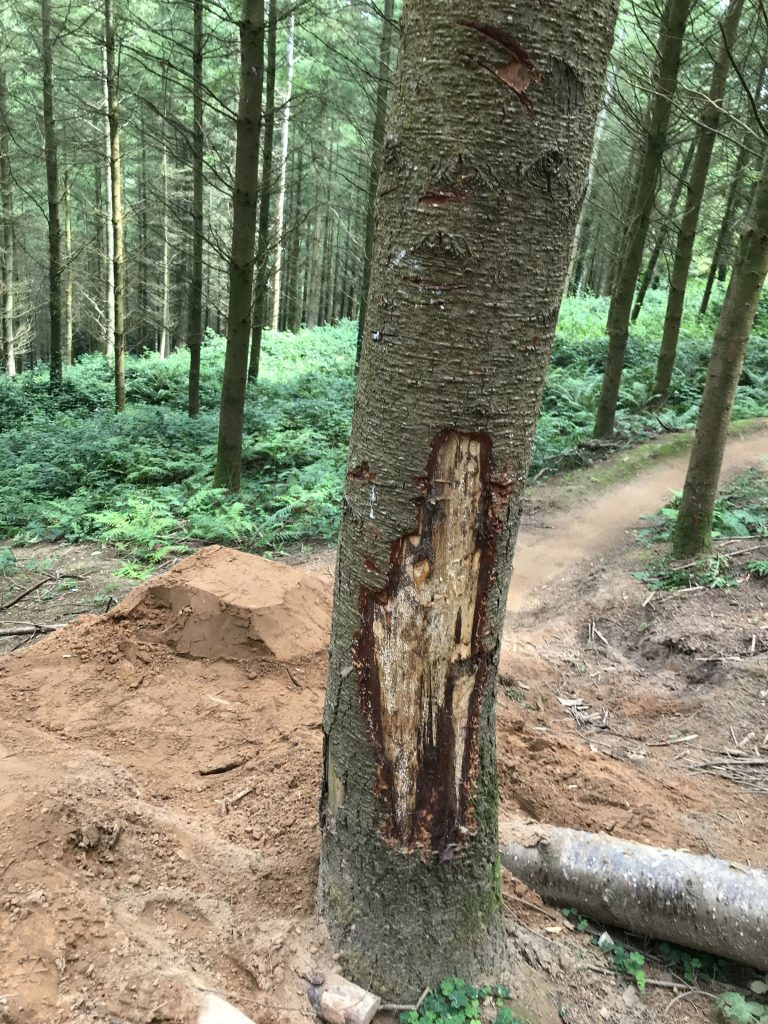