Saturday, June 25
Trending
You are at:Home»News»Sidmouth»Plan for homes in car park of ‘iconic’ Sid Valley pub is rejected

A bid to build homes in the car park of an iconic Sid Valley pub – slashing the number of spaces by 35 per cent – has been rejected.

Punch Partnerships (PML) Ltd’s proposals for three detached dwellings were turned down over fears they would harm the historic Blue Ball Inn in Sidford.

The scheme would have seen the number of parking spaces at the business reduced from 82 to 53.

Capacity surveys carried out by the applicant, who also wanted to create a new access from the A3052, failed to win over East Devon District Council (EDDC).

Rejecting the proposals under delegated powers, and EDDC officer said: “The scale of the development and the alterations required to provide access to the site would represent an unwelcome intrusion into the countryside setting.

“The proposal has failed to demonstrate that parking provision for the business can be reduced without adversely affecting the amenity of local residents or the viability of the business.

“Although the car park is detached from the pub, it is clearly an integral and important part of the business premises.” 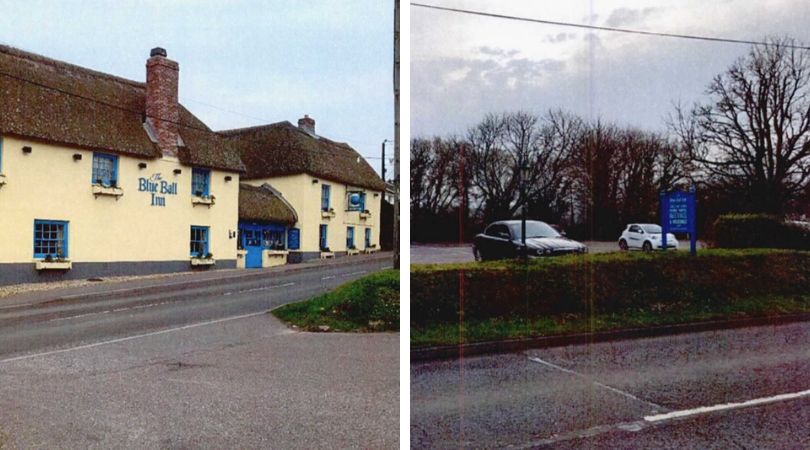 The Blue Ball Inn’s car park is across the road from the pub, restaurant and hotel.

A pair of parking surveys were carried out by Punch to support its ambitions for the site.

The first, between noon and midnight on a Friday and Saturday in November last year, said the peak occupancy was 47 out of the 82 spaces- 57 per cent of capacity.

The second, over the same times on a Friday, Saturday and Sunday in April, said this figure was 38 spaces – 46 per cent of capacity.

The EDDC officer added: “If it could be demonstrated that the parking spaces that would be lost in this proposal are surplus to the needs of the business, then it might be accepted that there would be no harm.

“However, while the parking surveys provide some evidence of that, they are not sufficient on their own because there is no evidence that they are representative of the busiest times or the full potential of the pub and its extensive facilities.

“Indeed, local knowledge suggests that the pub has the potential to attract a high number of vehicles in association with regular restaurant or bar use, functions and overnight guests.

“It is not safe to assume, therefore, that loss of the parking spaces would only cause very occasional disruption to the business or local residents.

“Given the likelihood of harm to the business (in the absence of adequate evidence to the contrary) the proposal cannot be supported. 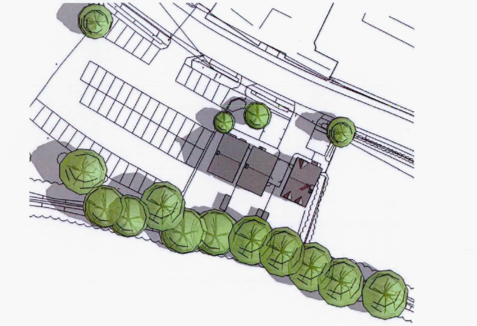 Plans for three homes would have seen parking spaces reduced by 35 per cent.

“Furthermore, the long-term adverse impact on trading as a result of the loss of parking spaces would outweigh any short-term gain from the sale of the land.”

Six people objected to the plans.

Among them were Roger and Linda Newton, whose family managed the Blue Ball for three generations until they retired in 2012.

They told EDDC: “The Blue Ball has significance to the local business community beyond being just another licensed outlet and deserves protection from an international company seeking to extract short-term profit from an iconic establishment.

The pub and restaurant is also a hotel and conference centre, and the Newtons added: “The business, when busy, will swamp the car park’s capacity, which will be reduced to 44 places when thee nine bedrooms are occupied.

“Our planning authority should prioritise our heritage and local culture over an organisation seeking short-term gains over the long-term prosperity of the Sid Valley.”

Sidmouth Town Council had initially supported the plans but subsequently objected to them.

It said homes on the site would ‘spoil the gateway to the town’ and losing the car parking spaces would be ‘detrimental to the viability of the public house, which was an important part of the local community’.