Saturday, June 25
Trending
You are at:Home»News»Exmouth»APPEAL: Woman wanted by police has links to Exmouth

A woman with links to Exmouth who failed to appear in court has prompted a police search.

British Transport Police say Nicole McGregor, aged 29, of The Lindfield, Coventry, failed to appear at Exeter Magistrates’ Court on July 2, 2019, charged with possession of an offensive weapon and fare evasion. 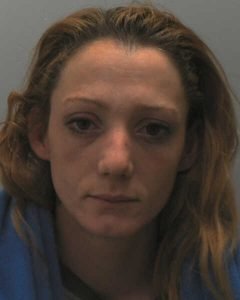 British Transport Police say Nicole McGregor, who failed to turn up at court, has links to Exmouth.

Officers believe McGregor has connections in Exmouth and in the Leamington Spa and Coventry areas.

Police have released a photograph of Nicole McGregor in the hope of the public recognising her and coming forward with information on her whereabouts.

She is described as being white, around five feet two inches high, of a slim build with dark, shoulder-length hair.