Monday, August 10
Trending
You are at:Home»News»East Devon»VIDEO: Camilla visits The Donkey Sanctuary on her birthday

There was a right royal celebration at The Donkey Sanctuary, near Sidmouth, today when the Duchess of Cornwall popped in on her birthday to mark the charity’s golden anniversary.

Her Royal Highness spent her 72nd birthday naming a three-week-old foal Sweet Pea. The little donkey was born at the sanctuary after her mum Poppy’s owner could no longer care for her.

Camilla was welcomed to The Donkey Sanctuary by children from Sidmouth Primary School and the sanctuary’s CEO, Mike Baker, who gave her a tour of the charity’s global headquarters.

The Duchess of Cornwall’s visit today was an opportunity to celebrate our landmark achievements over the last 50 years… Mike Baker, CEO

The tour took in the charity’s multi-award-winning RHS Chelsea Flower Show garden, recently been re-built at the Sanctuary – as reported by East Devon News.co.uk

The ‘Donkeys Matter’ garden scooped the coveted ‘People’s Choice Award’ in the Artisan category and was designed to showcase the charity’s international work, and to demonstrate how owning a donkey means access to clean, fresh water for some of the poorest and most vulnerable communities in the world.

Mr Baker said: “The Duchess of Cornwall’s visit today was an opportunity to celebrate our landmark achievements over the last 50 years – from our foundation as a charity rescuing UK donkeys from neglect and abuse to a global leader for equine welfare, research and veterinary care.

“It was also an opportunity to take stock of the massive challenges in a world where the suffering of animals remains abhorrent. I introduced Her Royal Highness to members of the International Coalition for Working Equids (ICWE), an organisation established to work with the World Organisation for Animal Health. ICWE is comprised of leading NGOs, including The Donkey Sanctuary, Brooke, SPANA and World Horse Welfare.”

During er visit, Camilla also visited the charity’s Donkey-Facilitated Learning centre. The centre is one of six across the UK offering programmes specifically for vulnerable children and adults, with the aim of developing some of their key life skills as defined by the World Health Organisation.

Here, Camilla met beneficiaries of Pete’s Dragons, an Exmouth-based charity that provides help and support for families bereaved by suicide. The East Devon charity recently partnered with The Donkey Sanctuary to provide key life skills sessions for some of their beneficiaries who described it as an ‘unforgettable experience’.

Three-year-old Jacob Leney sang ‘Happy Birthday’ to Her Royal Highness as he presented her with a posy at the end of the visit. 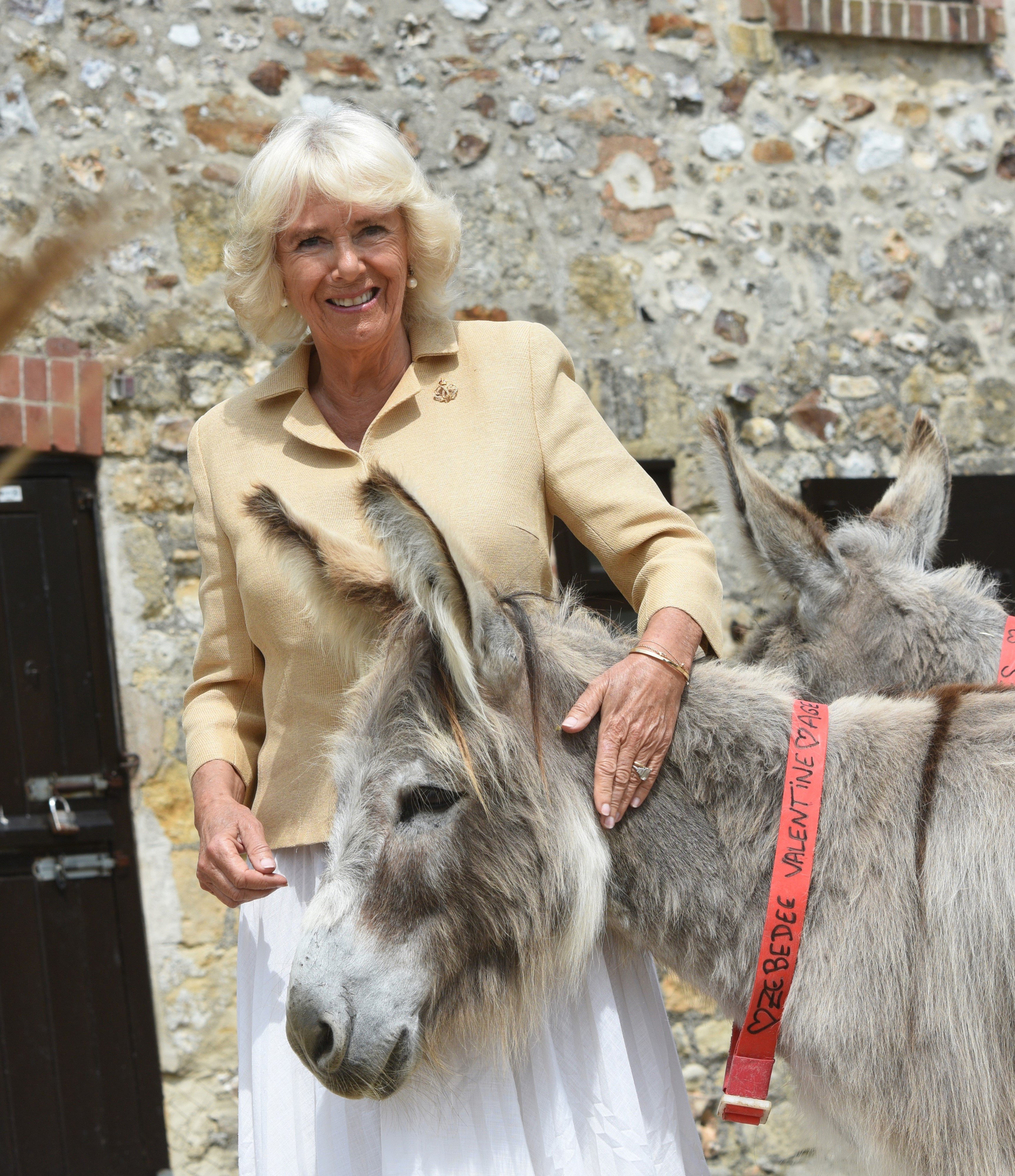 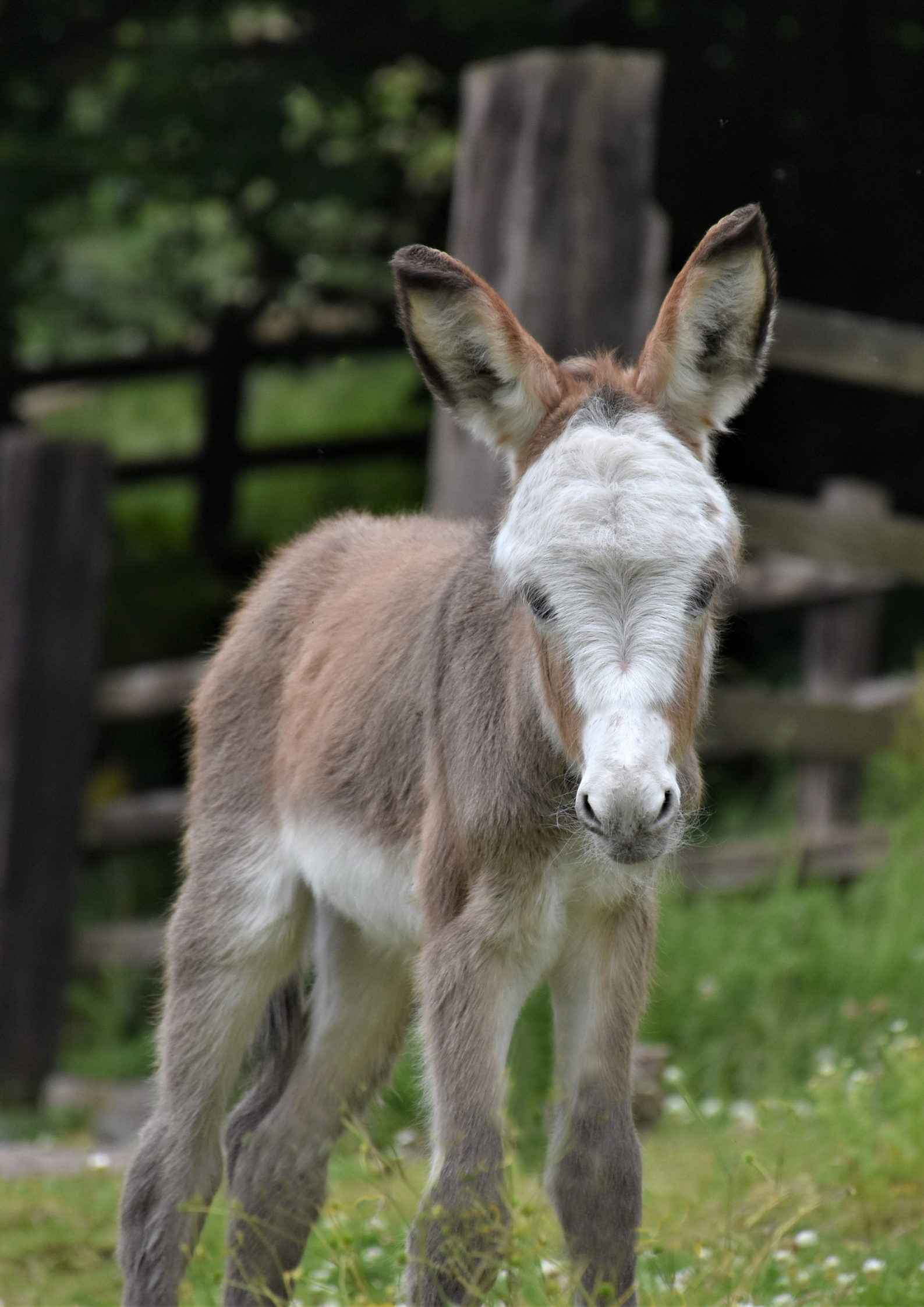 Sweet Pea, the donkey named by the Duchess of Cornwall. Image courtesy of The Donkey Sanctuary