Sunday, June 26
Trending
You are at:Home»News»Exmouth»Donation will aid Exmouth Sea Cadets in responding to disasters and emergencies

Exmouth Sea Cadets can now respond to emergency or disaster relief outside of the county thanks to a donation from a housing developer.

The sea cadet members were presented with £500 from Taylor Wimpey Exeter to help pay for a new support vehicle.

Anthony Griffin, Exmouth Sea Cadets chairman, said: “We’re so grateful to Taylor Wimpey for this kind donation that will go towards a new four-by-four support vehicle, which will both improve safety for our cadets and allow us to travel further afield.

“If required by emergency services, our boats and crews will now also be available for disaster or emergency relief.

“Donations of this kind are extremely impactful and as we rely entirely on donations, our work would not be possible without sponsorships such as Taylor Wimpey’s.” 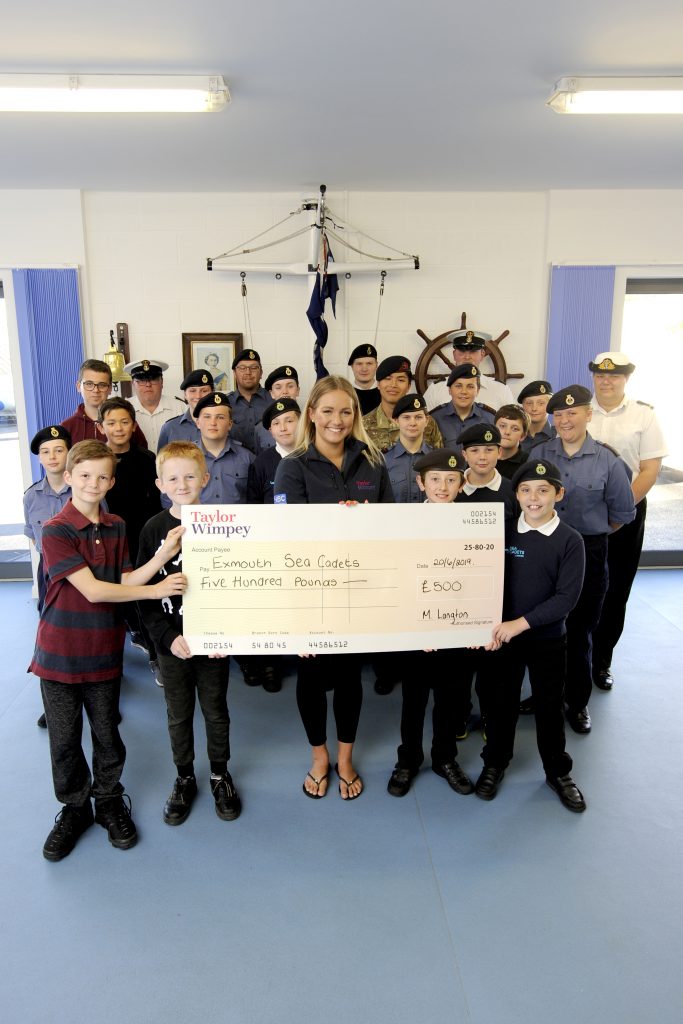 Taylor Wimpey’s sponsorship will increase the safety of the activities the cadets take part in, allowing their boats to be launched and retrieved from the water as well as to transport their boats to other locations for training and competitions.
Photo: Taylor Wimpey

The developer donation means the sea cadets’ boats can be launched and retrieved from the water, and transported to other locations for training and competitions.

Melissa Langton, a spokeswoman for the developer, said: “The work that we do at Taylor Wimpey is about so much more than building homes.

“We’re also committed to giving back to the communities in which we build with donations to groups that dedicate their time to making a difference in their local area.

“We’re very proud to donate to Exmouth Sea Cadets and wish them the best of luck in all future endeavours.”