A 59-home development in Budleigh Salterton has been given the go-ahead after the number of affordable dwellings in the scheme was quadrupled.

Plans for Evans Field, south of the B3178, were approved by East Devon District Council’s (EDDC) development management committee – despite failing to win the support of town representatives.

Permission was sought to amend a previously-approved application which had originally promised 30 affordable homes – half of the total properties.

The applicant sparked anger when he sought to reduce that number to just five, but subsequently revised this to 21. 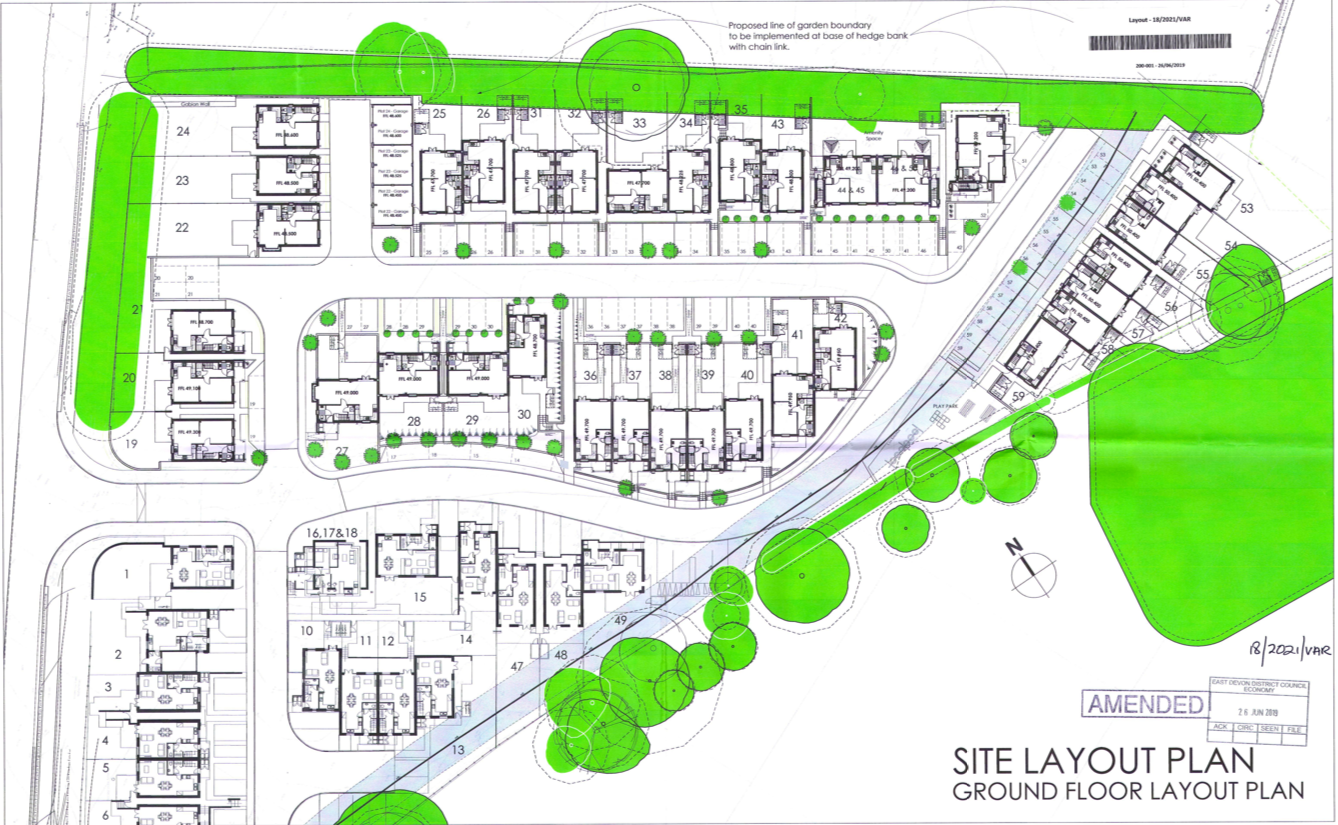 In a report to the committee recommending the application for approval, an EDDC planning officer said: “The design and layout changes result in more built-development and less landscaping than originally approved.

“While this is regrettable given the setting of the site within the AONB, since submission of the application further landscaping improvements have been made and as a result, on balance, these changes are acceptable.

“Through negotiation, the reduced affordable housing offer has been increased from 8.5 per cent to 37 per cent. While this is still short of the approved 50 per cent, it is a viable amount and an overage clause will secure an additional financial contribution if there is additional profit.

“The scheme has been amended since submission to provide better dispersal of the affordable units across the site.

“In the interests of securing the delivery of the scheme, which will make a substantial contribution to affordable housing in the area, and given that the layout changes are on balance considered to be acceptable, the application is recommended for approval.”

Budleigh Salterton Town Council and both of the area’s ward members said the plans should have been turned down.

Councillor Tom Wright had told the committee: “I am not inclined to support the recommendation based on a draft report. I consider the affordable housing provision to be acceptable at near 40 per cent as there is an overage provision. However, as stated in view of the environmental and visual sensitivity of this application I cannot support it on the basis of a draft report.”

The application was granted planning permission on Tuesday.