Friday, July 10
Trending
You are at:Home»News»Sidmouth»How eye-catching sunglasses are just what the doctor ordered to help Jonty the donkey regain his sight

Eye-catching equine sunglasses are helping a once-blind donkey regain his sight at a Sidmouth-based charity.

The shades have been tailor-made for poorly Jonty by The Donkey Sanctuary to protect his ailing vision from the summer sun’s UV rays.

An off-the-hoof creation, the unconventional headgear has been utilised after the animal became unwell after getting a thorn wedged in his foot. 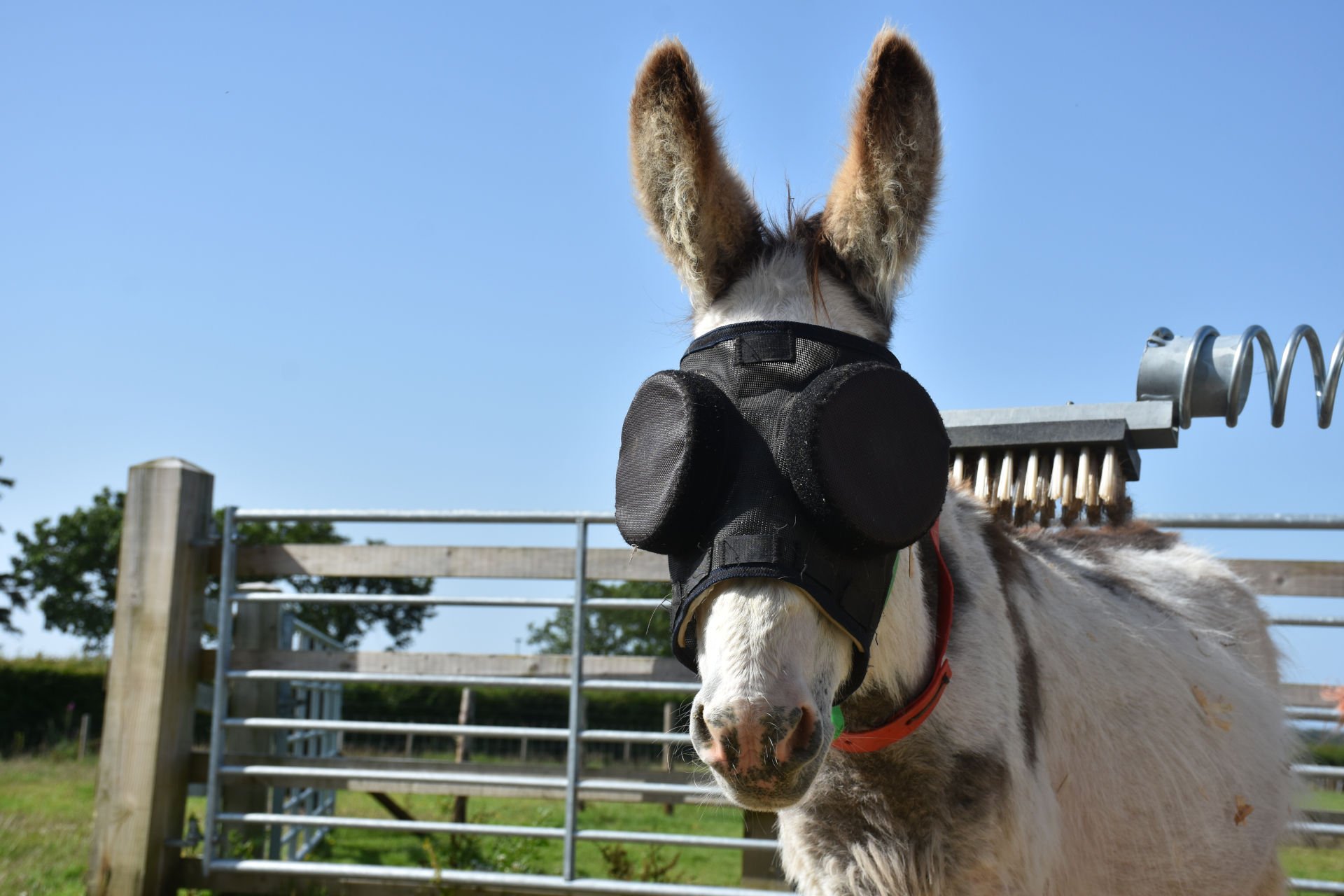 Jonty is pictured sporting his eye-catching sunglasses in Sidmouth. Picture: The Donkey Sanctuary

Complications meant Jonty took a turn for the worst, went blind and needed to be admitted into the international charity’s expert donkey hospital at Brookfield Farm, Sidmouth.

“The stress of the injury and coming into hospital possibly triggered the recurrence of a chronic eye problem,” said veterinary surgeon Vicky Grove.

“Jonty suffered an immune-mediated inflammation of his whole eye. “He had ulcers on his cornea, his eyes were running, and it was really painful – he lost his sight.”

In order for Jonty to have the best chance of regaining his eyesight, the veterinary team needed to take urgent action to protect their patient from this summer’s strong sunlight.

The special mask – which gives Jonty his current bug-eyed appearance – is just what was required to block the UV rays.

“The mask is just like wearing sunglasses and Jonty has made some good progress, though the back of his eye is still damaged,” added Vicky.

“We are monitoring his eyes with an ophthalmoscope, and we have tested his eyesight with an obstacle course, which he has completed so we think he is now just partially-sighted.”

Jonty is pictured sporting his eye-catching sunglasses in Sidmouth. Picture: The Donkey Sanctuary

Donkeys often form strong bonds with a friend, but Jonty prefers his own company and is currently taking his time to recover alone.

After enjoying some respite, he will be transported nearby to Slade House Farm, The Donkey Sanctuary’s main visitor site.

There, he will join a small group, including another partially-sighted male called Will.

Jonty will be modelling his donkey sunglasses for much of the summer while he recovers, and the sanctuary’s expert vets will keep a close eye on his progress.