Police are to daily patrol East Devon’s beauty spots in a bid to cut crime in isolated car parks.

Sidmouth’s police team has been carrying out regular checks of known hot spots where culprits seek out vehicles, looking for valuables.

Devon and Cornwall Police says officers aim to visit target areas at least once a day, highlighting the crime potential to motorists.

Sidmouth’s police team has been working with landowners Clinton Devon Estates, The National Trust and English Heritage , to cut crime in its car parks. 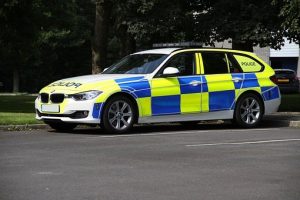 Car stickers have been handed out to the public, warning signs installed, and officers have checked vehicles for visible valuables.

A Sidmouth police team spokesperson said: “We have been carrying out regular patrols of the car parks in our local beauty spots, checking that valuables have not been left in vehicles and offering advice to members of the public.

“We have worked with the land owners of the car parks affected, namely The National Trust, English Heritage and Clinton Devon Estates, and installed signage warning users to take their valuables with them when walking.

“These vandal proof sign frames have been paid for from Proceeds of Crime Act funds.

“We aim to patrol these car parks at least once a day handing out No valuables vehicle signs and stickers, and we will be present during Clinton Devon Estates Heathweek.”

Devon and Cornwall Police prioritised tackling rural car crime in East Devon at the end of 2018 after officers received reports that ‘a number’ of vehicles had been broken into at beauty spot car parks.