The fire-hit swimming pool at Riverside Leisure Centre in Exeter will reopen next year – and be ‘better than ever’, says its city council owner.

Crucial repair works are continuing after the pool was shut when major structural defects were discovered following a blaze in 2017.

The on-site team explained how detailed surveys have found significant defects in the building, which will require the roof structure and pool surround area to be rebuilt.

The repair work identified is significant and – due the sequencing of the works and health and safety considerations – will take time to complete, councillors were told.

It is moving from a slightly 1980s look, which is perhaps how people remember it, to a modern facility which is going to be great for the people of Exeter…

Councillor Ollie Pearson said that a budget is in place and stressed that the authority is absolutely committed to reopening the pool as soon as it is safe to do so.

Cllr Pearson said he shared the frustration of residents who have not been able to use the pool since it was closed by the fire in February 2017.

But he said the opportunity would now be taken to improve the building and create a facility which will serve the community for decades to come.

He added: “It has been a frustrating project because the pool has been closed a long time. What we want to see is people being able to use the swimming pool. It’s going to be a little while before that happens because the underlying issues with the building have made the repair works much more difficult than they would otherwise have been.

“But we are completely committed to getting the Riverside fully reopened. As a city council, we know what it means to the people of West Exe, and for people in the whole of the city. That is what we have been impressing on all the contractors working on this project.  We can see that they are doing great work in there, but we have impressed on them just how urgently this facility is needed.

“Inside the building you can see how much there is still to do. That’s the result of the fire damage, but also underlying issues with the building which have been uncovered while contractors have been doing the work.” 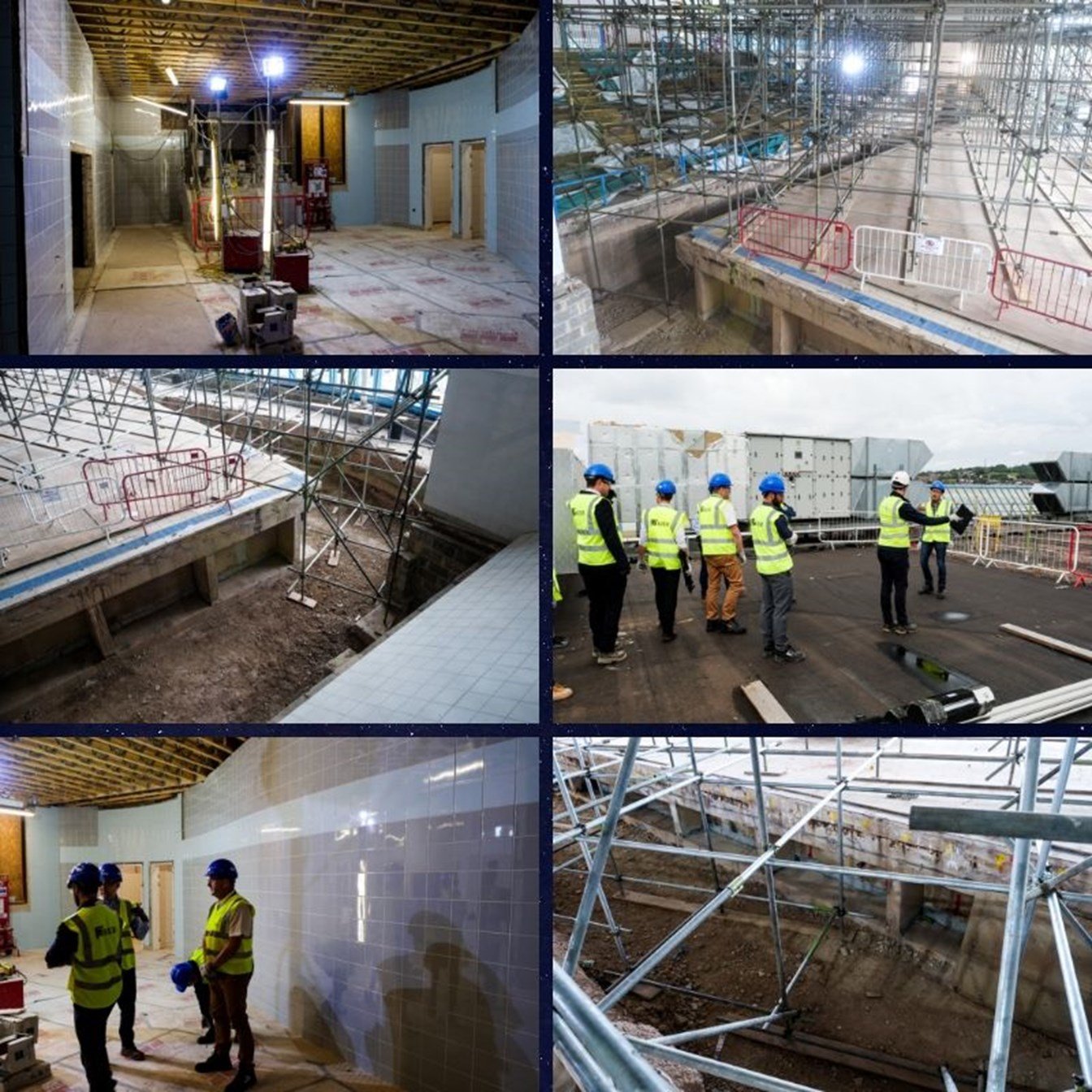 Cllr Pearson confirmed that, at this time, it is impossible to say exactly when the pool will reopen, because it is dependent on what is discovered during the repair works.

He identified that the works are being undertaken in stages, which require ongoing inspection, investigation and repair in a sequential manner through the building.

The team are currently working on the roof repair and replacement area. Once these works are completed – expected to be later this year – this will allow the extensive internal scaffolding structure to be removed. Then, the stage of internal works to the pool surround can be commenced.

Cllr Pearson confirmed that the intention is that the Riverside swimming pool in Exeter will reopen next year, and the opportunity will now be taken to explore how to modernise the facility within the approved budget.

“There will be many new elements in there, including an emerging new health spa, which is going to be fantastic,” he said.

“It is moving from a slightly 1980s look, which is perhaps how people remember it, to a modern facility which is going to be great for the people of Exeter, and I know that people will really appreciate it when it’s open.”

The gym and sports hall at Riverside Leisure Centre remain fully open to the public and have been significantly improved by new investment over recent months.