A leap up the leagues has been hailed as a significant step ‘back on the map’ for Ottery St Mary St Mary Football Club.

The Washbrook Meadows outfit has been selected to be part of the South and West Division of the brand-new Devon Football League (DFL).

Putting the club back on the map and within the football pyramid has been our aim; this is the time now to push further whilst keeping true to our core values of local football…

At Step Seven of the game, it means the Otters have secured a place back on the national league football pyramid.

Ottery finished the 2018/19 season in fourth place in Division Three of the Macron Devon and Exeter Football League.

Boss Dave Fairweather guided the team to 17 wins from 26 games – with his free-scoring side netting 105 goals in the process.

Ottery has also entered a development side into the Devon and Exeter league – which is a feeder to the Step Seven level of the sport.

The Ottery development team will be managed by Matty Daley – a popular first team player in recent seasons. 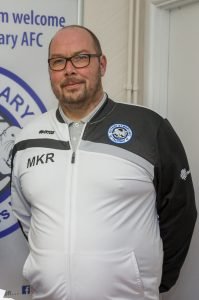 Club chairman Mike Ringer said applying for Step Seven football was a ‘perfect opportunity’ due to the club’s facilities, infrastructure and recent growth.

Mr Ringer, said: “With this confirmation from the DFL the hard work now starts.

“We still await the position of our new development squad within the Devon and Exeter league that will support our first team and bridge the transition from our youth section to the adults.

“Putting the club back on the map and within the football pyramid has been our aim; this is the time now to push further whilst keeping true to our core values of local football.

“The trustees, chairman, committee and management are firmly behind this venture and all are looking forward to new horizons.

“We thank all those within the FA, DFL and Devon and Exeter league who have supported us with the application.

“Without the support of these organisations, but also the local community and not least all the players, we would not have achieved this status.”

Ottery are one of 16 teams in the new league.

Who Ottery St Mary AFC will face in the South and West Division of the Devon Football League:

Devon FA and Cornwall FA have restructured the National League System in both counties.

The South West Peninsula League will now operate two divisions of up to 20 teams at Step Six level.

Sitting below that, at Step Seven, will be two leagues each comprising of 16 Devon-based sides. Ottery are in the South and West Devon Division.

Cornwall will also have its own division made up of 16 teams.