SPECIAL REPORT: £12million, 1,800 properties, three sites and key dates – everything you need to know about the Exmouth Tidal Defence Scheme 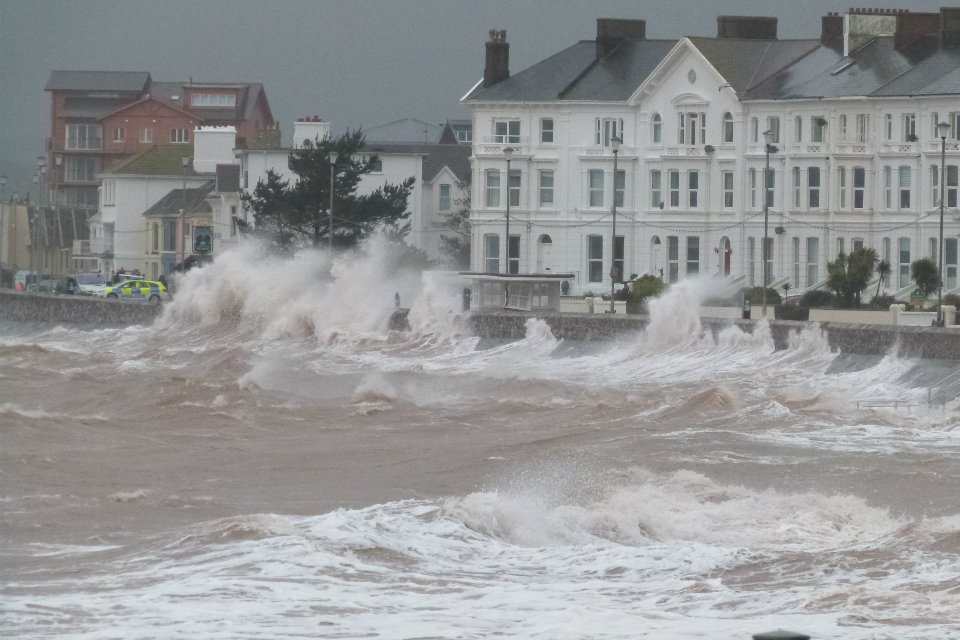 Work is under way on a £12million project to protect 1,800 Exmouth properties from flooding.

The Exmouth Tidal Defence Scheme will slash the flood risk in the town to just half-a-per cent in any year – with the protective measures lasting until 2045.

The Environment Agency (EA) is working in partnership with East Devon District Council (EDDC) to deliver the scheme. It will reduce the risk of tidal flooding to more than 1,400 residential and 400 commercial properties.

Exmouth has a long history of tidal flooding. The worst recorded flooding was in 1960, when Exmouth flooded twice and nearly 1,000 properties were affected.

The need for a new tidal defence scheme was identified as part of a flood risk management strategy for the whole of the Exe Estuary.

The EA has been working in collaboration with EDDC since 2015 to develop the scheme and build the business case for funding. This culminated in approval of £12million of government funding in 2017.

EDDC is also contributing to the project and will maintain the defences built on council-owned land in the future.

Following analysis of possible flood scenarios for today and in the future, it was recommended that Exmouth’s existing defences should be improved in the short-term.

The impacts of climate change and sea level rise were included in the EA’s analysis.

The EA’s approach is to build better defences that can be easily improved in the future. Once the scheme is complete, further tidal defence improvements should not be needed until 2045.

The scheme is being designed and built by civil engineering contractor Team Van Oord (a joint venture between Royal HaskoningDHV and Kier). It covers three areas of Exmouth: 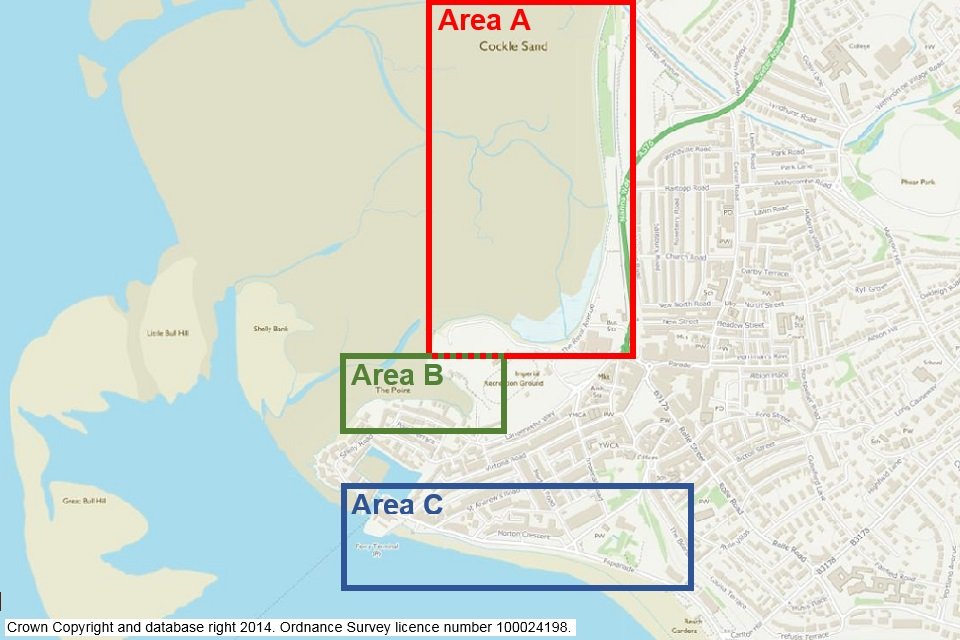 Area A: The Royal Avenue (on the estuary side of Exmouth)

Work here will involve raising flood embankments and walls between the outfall of the Withycombe Brook and Imperial Recreation Ground.

Area B: Camperdown Creek (around the ‘gut’)

Defences will be raised between the Imperial Recreation Ground and Camperdown Terrace.

Work along the sea front includes the Esplanade from Mamhead slipway in the west, to between the clock tower and Premier Inn to the east. It involves strengthening the existing seawall, improving drainage for water to drain back out to sea, provision of flood gates and new set-back defences along the landward side of the Esplanade.

This will mean that areas of the Esplanade and highway will still be inundated during storms, however, flood water will be stopped from flowing down nearby roads by new defences.

The following visualisations were developed for a public exhibition held by the Environment Agency in September 2018:

May 2019: Work continues on defence wall and ground raising in the Royal Avenue / nature reserve area.Work begins on the existing sea wall south of the Esplanade.

June 2019: Work begins on gabions adjacent to the ‘gut’ in the Camperdown Terrace area.

July 2019: Work begins on piling around the ‘gut’ from the Sea Cadets to the Sea Scouts in the Camperdown Terrace area.

September 2019: Work begins on construction of secondary defences from The Grove to the Premier Inn (north side of the Esplanade).

All work is scheduled to be completed by 2021. 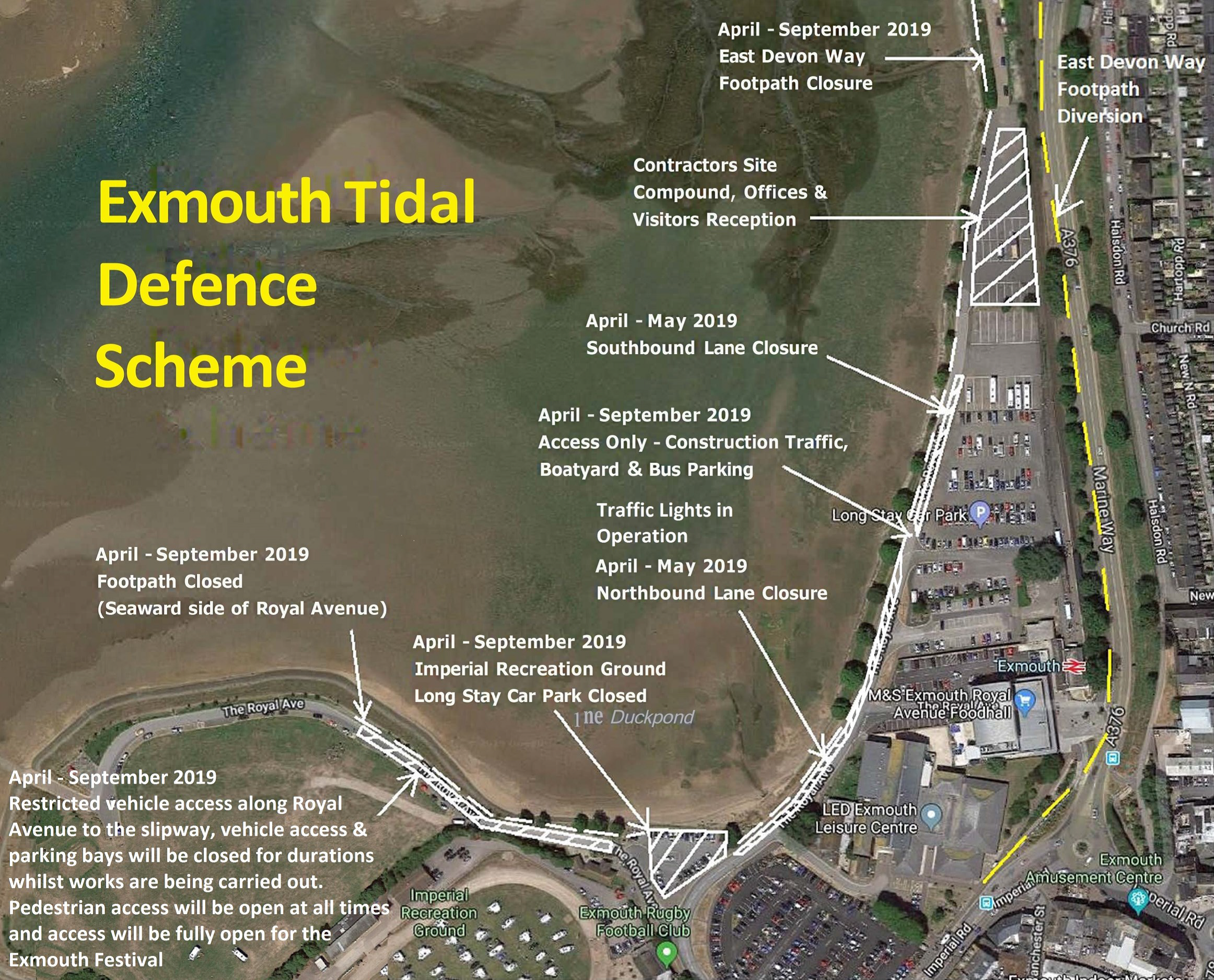 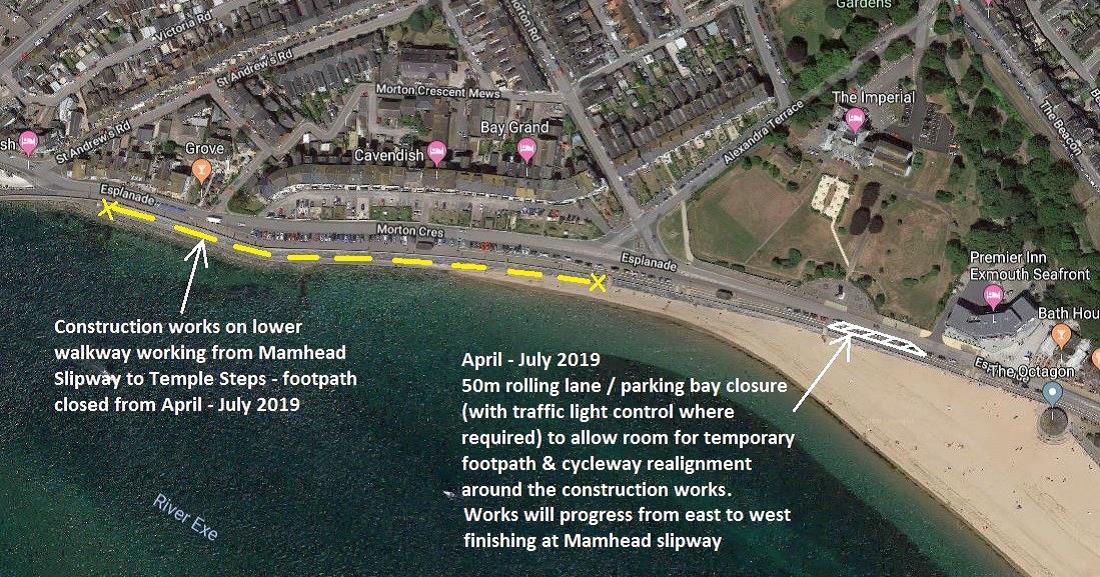 The detailed planning application for Morton Crescent was approved by EDDC on June 11.

A further planning application for the area surrounding Alexandra Terrace and Morton Road was submitted in late May.

Following this, the EA will be holding a public event.