Wednesday, January 20
Trending
You are at:Home»News»Exmouth»Junction revamp could change face of Exmouth seafront

A bid to change the face of a busy junction on Exmouth seafront has been revealed as part of a £12million scheme to protect the town from flooding.

Detailed plans to transform the intersection between Alexandra Terrace and the Esplanade and install flood walls and gates were submitted to the district council on Friday (May 31).

Applicant the Environment Agency says the bid – part of the Exmouth Tidal Defence Scheme – will also improve public safety on the road.

The scheme at the Alexandra Terrace will join up with flood defence measures in Morton Crescent to the west and at the Imperial Hotel to the east. 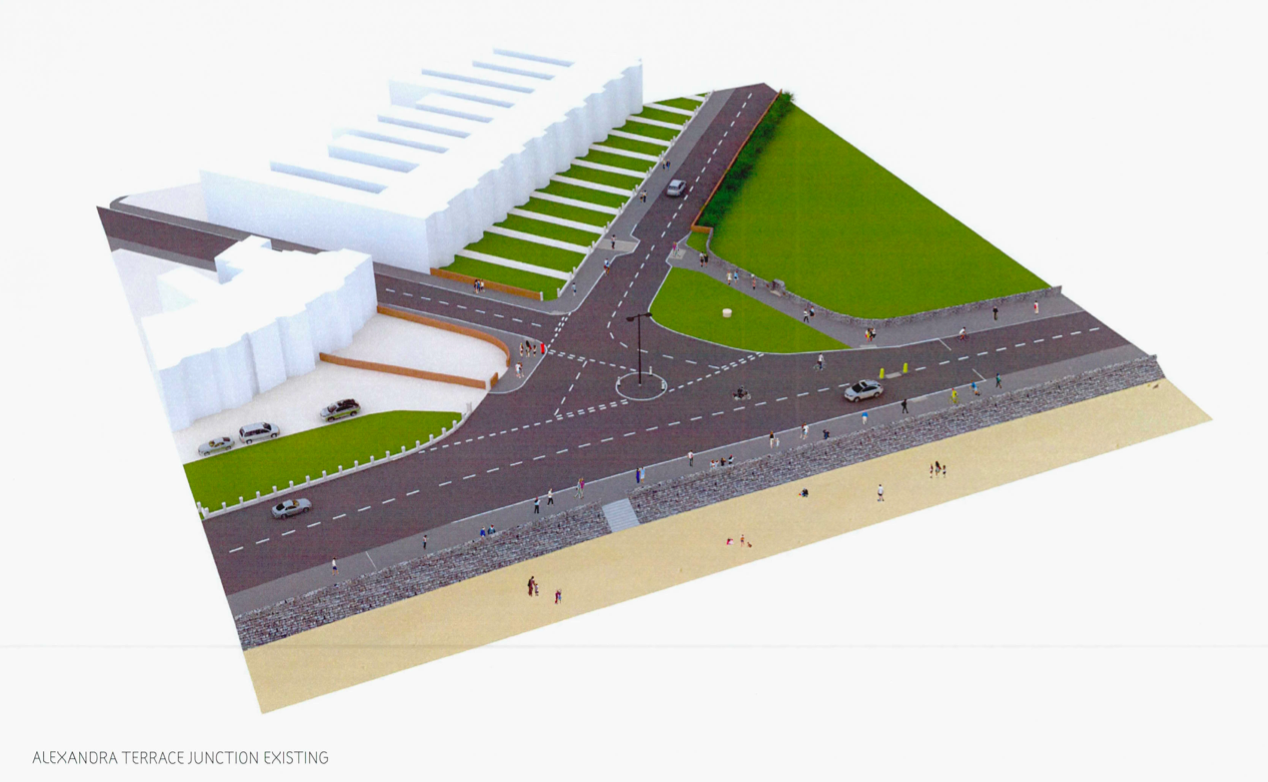 The current layout of the Alexandra Terrace junction with the Esplanade on Exmouth seafront.

The tidal defence scheme includes a set back barrier -with several gates crossing roads and entrances – to prevent water overtopping the sea wall from flowing inland.

Consultant Team Van Oord Ltd says in the application: “The existing road junction is a wide-open tarmac junction with two road entrances, which is dominated by vehicles.

“The existing layout of the junction means that there are a lot of places to look for potential hazards both for road users and pedestrians.

“The new design is intended to rationalise the junction and improve public safety by reducing the number of road accesses onto the Esplanade and improving the public open space at the seafront.” 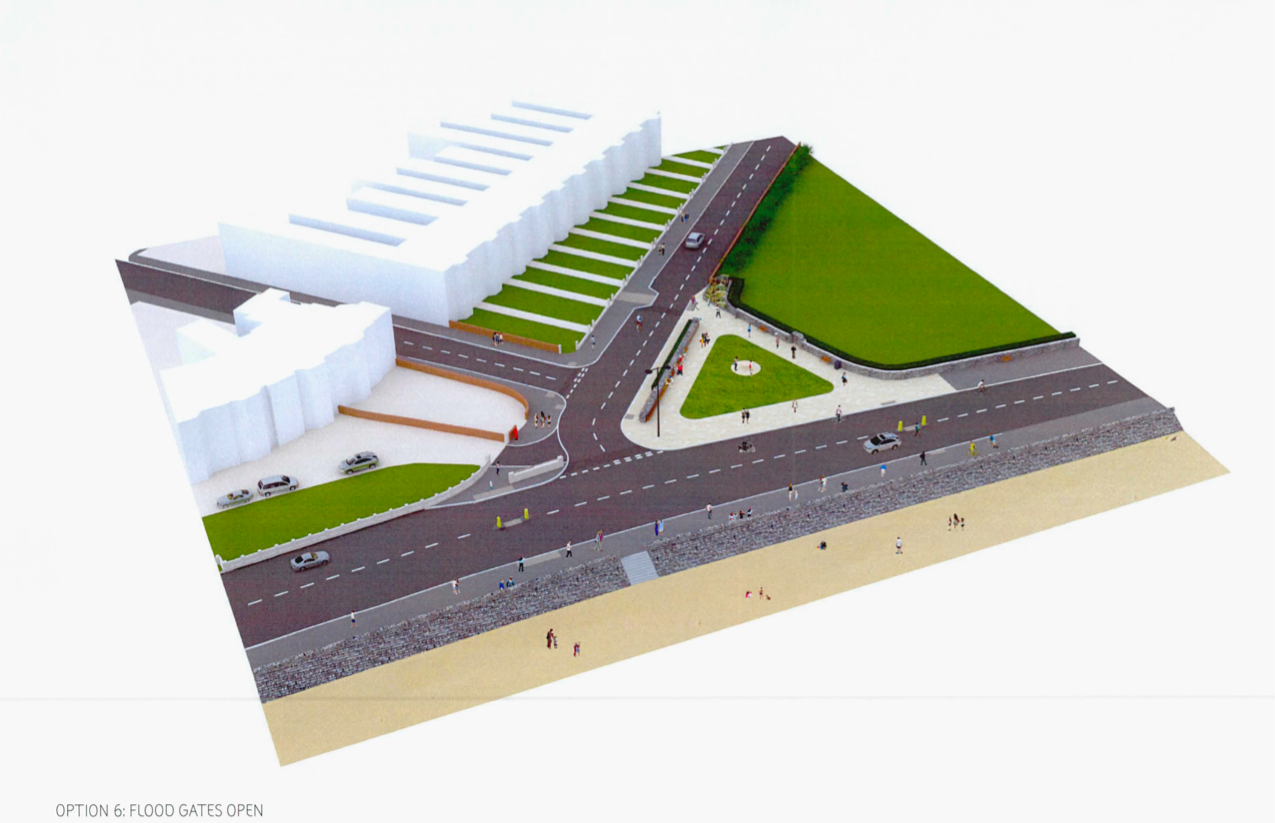 How the new Alexandra Terrace junction with the Esplanade on Exmouth seafront could look.

“On completion of the works, access for vehicles along the Esplanade will continue in a similar manner to existing during ordinary events,” says the application.

“At Alexandra Terrace junction, the road layout will be simplified to provide a more defined road junction. The surrounding layout will improve the access for pedestrians adding a second island and crossing point across the esplanade where people currently cross the road.”