Plans for a noodle bar in Exmouth town centre have been given the go-ahead.

An eatery and takeaway can now open at 13-15 The Parade after a bid for a change of use at the former hairdresser’s was successful.

In order to maintain a vibrant offer within the towns, a range of other uses are needed to attract visitors

The proposal, which also asked to install a kitchen extraction ventilation system to the rear of the property, was granted planning permission by East Devon District Council (EDDC).

The currently vacant premises can now be transformed into a 30-seat restaurant and takeaway.

Use of town centres changing

The Exmouth noodle bar’s intended opening hours are 11am to 11pm, Monday to Friday, and noon to 10pm on Sundays and bank holidays. 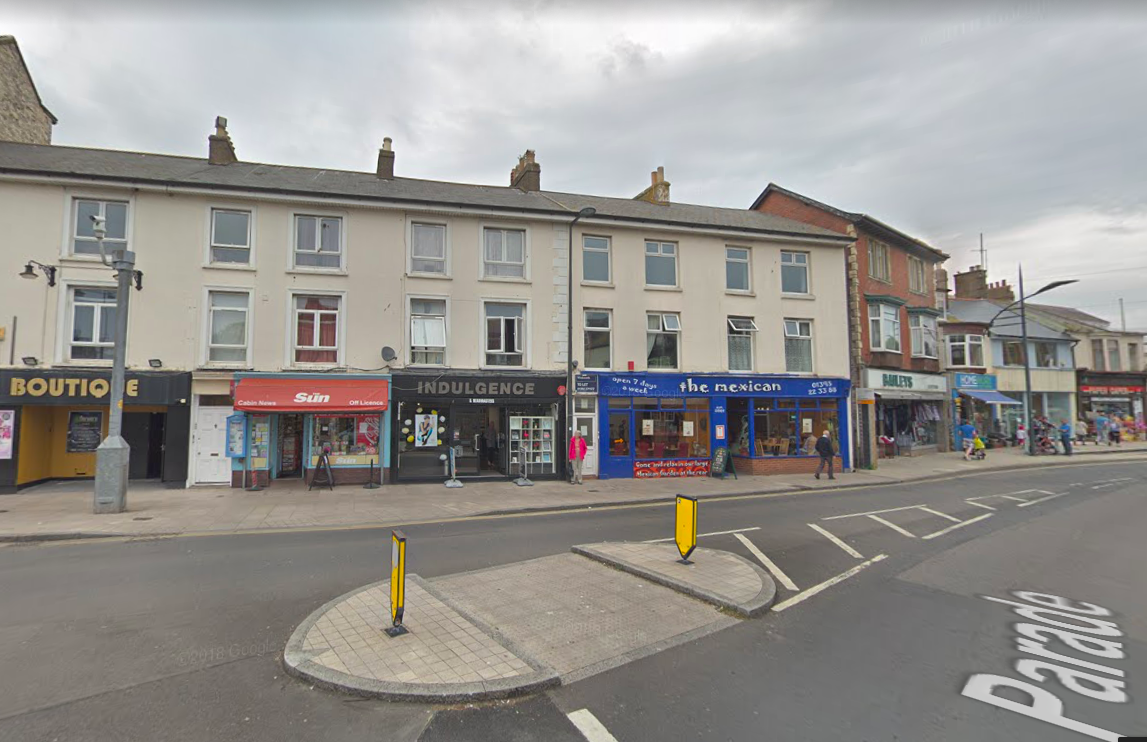 The Exmouth noodle bar will open at 13-15 The Parade. Picture: Google Maps

Giving the application the green light under delegated powers, an EDDC officer said: “The character and use of town centres is changing, with many traditional retail uses no longer being attracted to a central shopping area, particularly with the growth in internet shopping.

“With his in mind, it is considered that, in order to maintain a vibrant offer within the towns, a range of other uses are needed to attract visitors.

“In this respect, the proposed use, which would offer a dine-in facility as well as a takeaway, is considered to be appropriate in this location and would help maintain an active frontage to this part of town, albeit not strictly meeting the policy criteria.

On the proposed extraction system, the officer said: “Whilst the equipment is not an attractive feature, its location and operation at the rear of the property is considered to be acceptable and will not cause any material detriment to the residential amenity of the occupiers of properties within the facility.”

The officer concluded: “It is considered that the change of use proposed within the centre of the town is sustainable and supports the building of a strong and competitive economy as encouraged by the NPPF [National Planning Policy Framework] by helping to ensure the occupation of existing units and avoiding dead frontages within the town centre.”

There will be no external seating and no alcohol will be sold or consumed on the Exmouth noodle bar premises.